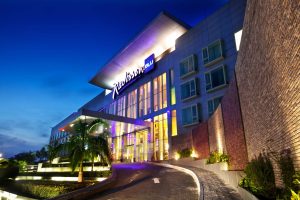 The Egencia programme honours properties with the goal of recognising those that are committed to customer service for business and corporate clients.

While no hotel in Africa is in the list, as the Egencia focused on five continents, Radisson Blu and Providence hotels franchises are already found in the hospitality centre stage in Africa, with the two hotels taking a significant chunk of the business travellers market in Nigeria’s commercial hub, Lagos.

The finalists for the fourth annual awards programme range from major hotel brands to independent properties and were selected based on satisfaction ratings, pricing, desirable amenities for corporate travellers, customer service and the overall guest experience in 2018.

“A great business traveller experience is just as important to us as providing a great business travel platform here at Egencia, which is why each year we recognize and reward hotels that deliver outstanding customer service, tremendous value for money and popular amenities,” said Andrew Dyer, vice president of global supply at Egencia brand.

“This year’s honourees go above and beyond what is expected of them to put the needs and comfort of business travellers first, offering conveniences such as complimentary breakfast and loyalty points.”

The top 100 hotels recognized by Egencia include properties in 17 countries across five continents. These properties delivered nearly 90,000 with complimentary breakfast and 75,000 room nights eligible for loyalty points to more than 145,000 Egencia business travellers in 2018.

In Asia, the Oberoi, Bengaluru Hotel in India, Grand Hyatt Tokyo, Japan, and Orchard Hotel Singapore are named, among others.