Penultimate week, Zainab Ahmed, Nigeria’s minister of finance, budget and national planning, at the Nigeria Economic Summit in Abuja, gave further government confirmation and admittance that the country’s economy was officially, for the second time in four years, in a recession. It’s not often that you find the Nigerian government publicly admitting and accepting bad news, you know. This time, maybe it was because there was ring around it that seemed that this particular news could be analysed away. 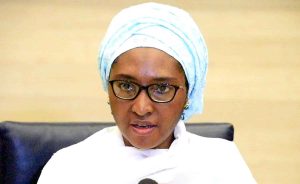 As the price of crude oil, Nigeria’s main source of foreign exchange plunged – no thanks to the COVID-19 pandemic ravaging the world today – the nation’s economy contracted at over 3% in the third quarter of 2020, after the National Bureau of Statistics (NBS) forecasted earlier that the nation will end the year with a negative growth of -4.4%, attributing the low oil prices and reduced exports of the black gold, as well as the current global pandemic, as being responsible for this.

Notwithstanding these dynamics, however, there is a strong belief in many quarters, especially among some experts, who hold the view that Nigeria can recover quickly from its present economic recession widely believed to be the worst that Africa’s biggest economy has recorded in close to four decades.

These optimistic experts have offered individual interpretation to this recession development, taking confident positions about the nation springing out of its current plunge due to the unusual recession it fell into.

Zainab Ahmed, the finance minister, was particular when she said that this current recession will be short-lived, as the trend of the growth, as she noted, is lower than the figures drawn by the NBS about how the economy will end by the time the year wraps up. She also drew attention to Nigeria’s 2016 recession, which even lasted five quarters when placed in comparison, and that the current expectations of a quick recovery hinges on fiscal and real sector monetary interventions, which hold sway in bailing out the country.

Muda Yusuf, the director-general of the Lagos Chamber of Commerce and Industry (LCCI) believes the country holds good enough prospects to bail itself out of its current fall, and he is relishing the fact that, “the worst is even behind us” and the economy can resume growth come Q1 or Q2 of 2021, if there aren’t any further disruptions.

“From an economic perspective, the year 2020 has been a very bad one… In fact, the worst in recent time, as the country has already faced its worst in the form of the double jeopardy of spiraling inflation and a stumbling economy; inflation rate that rose to 14.23 percent in October, the highest in 10 months. So, this current condition in economic parlance is rather known as stagflation,” Yusuf explained the reason for his optimism.

Uche Uwaleke, finance and economic expert, and a professor of capital markets at Nassarawa State University, foresees what he calls, “a quick V-shaped recovery as the effect of COVID-19 reduces and the outcome of the interventions by the government and the Central Bank of Nigeria will start manifesting”.

But it is important to rethink the contention of Q1 2021 as likely to be the saving grace for Nigeria’s economy, taking into cognizance certain factors, like the COVID-19 outlook on global markets. It currently has an impact on world’s markets especially in the case of the second wave of the pandemic that is keeping parts of Europe still under lockdown, and added to this is how the United States is still trying to deal with its election outcome; not also forgetting the recent #EndSARS protests that slowed the Nigerian economy in many ways, especially the aftermath of the riots and vandalisation that followed. Also to be considered is the issue of uncertainty bordering on restiveness and it taking a toll on activities, thus making slowing the economy.

Once you weigh these situations, it provides another perspective for considering the likely scenario that would unfold, with the possibility of its ripple effects rubbing off on Nigeria’s economy; and you could then find that aggregate demand will become very weak, bringing hardship across different areas, including resulting in job losses, companies folding up, with supply chains cut off.

Orji Udemezue, an economist and banker, chief executive officer, Flame Academy & Consulting, is on the opposite side of the margin most optimistic experts are on. In his opinion, there is need for more, asides just being optimistic about exiting the recession in Q1 or Q2 of 2021.

“What we need to see is an economy growing in a percentage of double figures, at least 10 percent, so that when we talk about exiting the recession, we also need to talk about what we must do to sustain reasonable growth and try and avert likely recession reoccurrences,” Udemezue said.

Since Africa’s biggest oil producer, in real term, has been seeking ways to fully pull itself out of its 2016 slowdown; and it has now reemerged, for it to hasten its economic recovery, Nigeria needs to fully restore normalcy to its foreign exchange market and also show more commitment towards fixing structural issues to lighten production and operative costs, for investors and investments to thrive.