The Nigerian government is confident of resolving a $10.1 billion dispute with telecoms fir 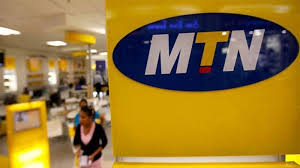 m MTN, which would send a positive signal to foreign investors worried about the country’s demand for the money, Okechukwu Enelamah, the trade and investment minister, has indicated.

Okechukwu Enelamah, a former private equity executive, said the government was talking to all parties involved and aiming to resolve the disputes soon to boost investor confidence.

“We have had discussions in government and we have engaged MTN. I’m sure that the issue would be resolved,” he said in an interview in the capital Abuja.

“We want to deal with it … in a way that would be responsive to investors.”

Enelamah said investors had welcomed the government’s feedback on the disputes after officials met fund managers on the sidelines of the United Nations summit in New York last month. He declined to give details.

The Central Bank of Nigeria on Aug. 29 ordered the telco and its lenders to bring $8.1 billion back into Nigeria that it alleges the company sent abroad in breach of foreign exchange regulations. MTN also faces a $2 billion tax demand from the country’s attorney general.

The case involving the central bank is due to be heard in a Lagos court on Oct. 30, while a hearing on the tax bill is scheduled at the same court on Nov. 8.

MTN’s latest troubles come about two years after it agreed to pay more than $1 billion to settle a dispute over SIM cards in Nigeria, which has one of Africa’s largest economies but has struggled with weak growth and volatile global oil prices.

MTN, Africa’s biggest telecoms firm, makes about a third of its annual core profit in Nigeria.

Enelamah ran private equity firm African Capital Alliance (ACA) prior to his government role. While he was at ACA, the firm held investments in MTN.

Central bank officials this month held talks with MTN and its lenders to discuss the repatriation demand. The bank has said it is looking to resolve the case and has requested information from MTN, which Enelamah said had been provided.

Enelamah said Nigeria attracted between $6 billion and $7 billion from foreign investors last year, up from less than $3 billion in 2016. He added the country was on track to ratify agreements to join the African free trade area this year.

Nigeria inflation rate slows for the 12th consecutive month to 15.13% in January