House of Representatives committee on Ports & Harbour says it is set to intervene and resolve the lingering dispute between the Nigerian Ports Authority (NPA) management and Bua Ports & Terminals Limited (BPTL), one of the operators at the Port Harcourt Port, which led to the NPA de-commissioning BPTL in the Port Harcourt Port since June this year. 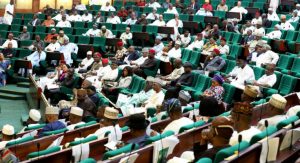 Garba Datti Mohammed, the House committee chairman, along with his members, spoke of their intention during a familiarization visit of the two terminal operators at the Port Harcourt Port, PTOL and Bua. The members listened to several complaints by the management of Bua, as well as the Port manager, Yunusa Ibrahim, who gave a brief history of the crisis, but said his NPA headquarters was handling the matter.

The feud had begun around 2016 when the terminal operator contracted Julius Berger to rebuild the Port’s berth 8, which had collapsed in 2014. It had variation issues with the construction company mid-way, which stalled the job. The NPA stepped in, matters resolved though berth is yet to be constructed. But issues came to a head in May this year, when Bua notified the NPA of its intention to carry out minor repairs of some critical facilities at its designated concession area. Matters degenerated to the extent that the port regulator de-commissioned the terminal operator. Today, both parties are in court, each seeking adjudication – while Bua went to a Port Harcourt Federal High Court to challenge NPA’s de-commissioning order, the port regulator (NPA) took Bua to the International Court of Arbitration (ICA) in London, UK.

Meanwhile both parties currently appear to be wearied over long litigation with huge losses of revenue on both sides. Each party now looks clearly disposed to an out-of-court settlement, of which the Bureau of Public Enterprises (BPE) had stepped in to mediate. There was a tripartite meeting once. The second negotiation meeting slated about two months back was aborted because the arbiter’s team could not attend. Since then, they are yet to reconvene.

Mohammed Lile Ibrahim, Bua’s general manager told the House of Reps a series of challenges they face at the Port, including absence of tug-boats, pilot-cutters, low duration of pilotage – eight hours at Eastern Ports against 24 hours availability in the Lagos and Western Ports.

Others challenges are insecurity on the waterways, especially from the Bonny River channel to Fairway Buoy, which has necessitated the use of armed naval personnel escorting vessels at prohibitive costs to the importer and shipping agent – sometimes as high as $50,000 per trip.

The Bua general manager also complained of the non-release by the NPA of 10 percent of its total concession area of 8.1 hectares.

He said his company, despite the challenges since 2006 when the port was concessioned, has remitted $29 million as revenue to the Federal coffers, whereas it has invested in excess of $32 million in providing infrastructure at its Terminal B of the port, with eight berths (5,6,7 & 8).

He said they have also built three new factories at the cost of $4 million. During the same period, he said the terminal operator has handled a total of 11.5 million metric tons of cargo.

Ibrahim also told the House committee on Ports and Harbour that his company has undertaken some corporate social responsibility facilities for the port’s host communities; saying that they have 100 percent Nigerian staff strength.