The Securities and Exchange Commission, SEC has  urged state governments to take advantage of the enormous opportunities available in the capital market to revitalise moribund companies in their state in a bid to create wealth for the citizens. 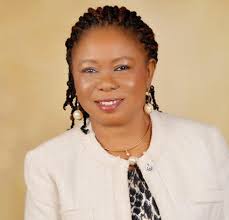 , acting director general of the SEC, stated this in Akure, Ondo State at an e-dividend enlightenment campaign, Thursday.
Uduk represented by Edward Okolo, head, zonal offices coordinating department, said some of the companies still have potentials adding that the capital market has instruments to revamp such companies through private equity funding and partnerships.
The acting DG also urged investors to take advantage of the on-going  e-dividend registration as well as the regularisation of multiple subscription accounts  in a bid to reduce the unclaimed dividends profile and increase liquidity in the capital market and the economy.
She disclosed that the forbearance window for shareholders with multiple subscriptions has been extended by another year from the December 31, 2018 deadline previously communicated and Consequently, enjoined those who have not come forward for the regularization of shares purchased with multiple identities, to do so.
According to her, “The essence of the E-Dividend Mandate Management System (DMMS) is to eradicate or reduce to the barest minimum the incidence of unclaimed dividend.
Unclaimed dividend is an undesirable feature of the Nigerian capital market which denies investors/shareholders the gains of participating in the capital market. It denies the economy access to the huge amount of money which should have accrued to shareholders and would have gone into circulation to oil the wheel of the economy.
“It is a consequence of the bottlenecks which are inherent in the erstwhile paper dividend warrant regime such as postal system inefficiency, change in investors’ addresses, poor fidelity and human fallibility in dividend payment processes, amongst others.
She stated that the E–Dividend regime bypasses these limitations by ensuring that dividends which do not exceed 12 years of issue are credited directly to an investors account after declaration by the paying company and within a stipulated payment period through simple interbank transfer.
In his paper, Stephen Falomo, head of Lagos zonal office of the SEC, said over the years, the quantum of unclaimed dividends, within the Nigerian Capital Market, has witnessed tremendous growth. As at January, 2018, the total amount was confirmed to be over N100 billion.
“Companies would continue to declare dividends, this figure is expected to further grow. The huge figure and continuous growth of unclaimed dividends clearly suggest an urgent need to stem trend” he said.
Falomo said the way out is for Nigerian investors to enroll for the e-dividend regime by completing an e-Dividend ‘Mandate Form’ and submitting same at the nearest branch of his/her Bank or Registrar’s office, for identity validation leveraging the BVN platform of the NIBSS.
In his remarks, Ifedayo Abegunde, the Secretary to the state government, commended the SEC on its efforts at sensitising investors and assured that the Ondo state government will assist in any way possible to ensure that its citizens derive the benefits of their investments.
Businessamlive Website Stats