By Ben Eguzozie, in Port Harcourt

Nigeria’s subregional governor of southern Rivers State, Nyesom Wike, says he would use agriculture as plank to develop the oil-rich state in his second term, which begins on May 29, when he is expected to be inaugurated. The state has an estimated gross state product (GSP) of over $23 billion. 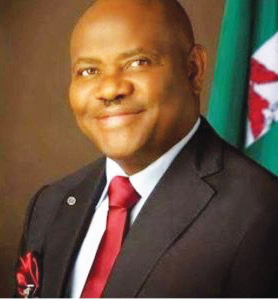 Wike is, however, yet to enumerate how he would invest in agriculture but has only made a fleeting statement. Stakeholders are awaiting his 2019-2023 agricultural plans.
Clearly, the governor can only realise his agric plan after the administration had carefully tackled widening insecurity which has ravaged the West African oil hub since 2015.
For sure, he acknowledged this when he said: “We believe that security is important; and we believe that agriculture is key to making sure that we take our youths away from the streets.”
He also said, “While we are continuing with education and health, security, agriculture and environmental sanitation will be given priority attention.” agriculture investments in the state.

Many of them are now wobbling. The Songhai Farms project began by the Chibuike Amaechi administration, Wike’s predecessor, was breathing out early successes before that government left office. Since then, the succeeding Wike administration has left the multi-million naira project largely untouched. Also, the Buguma and Ubima Fish Farms were doing well before Amaechi left office. The incumbent administration may need to re-examine them.
Only weeks back, the national chamber of commerce women group, otherwise called NAWORG, spoke of their plan to acquire plots of land in the state to engage in crops production for both domestic consumption and export. The government may look for partnerships in that direction.