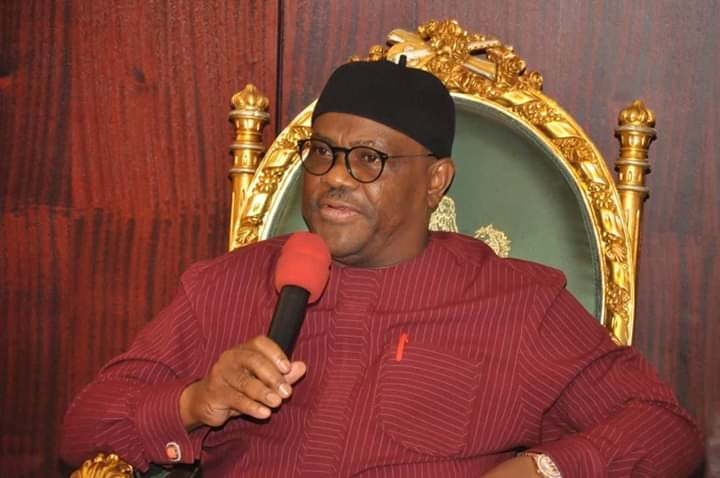 With Soku oil wells worth over $2 billion now in his kitty, thanks to the Federal High Court Abuja ruling of December 16, 2019, Governor Nyesom Wike is in court again over oil related issues. This time, he is fighting to reclaim for his Rivers State some N21.6 billion allegedly paid to neighbouring states of Akwa Ibom and Imo by the Revenue Mobilization, Allocation and Fiscal Commission (RMAFC).

Wike claims that the said revenues were supposed to have been paid to Rivers.

He said that RMAFC allegedly deducted N5.6 billion from Rivers State federal allocation for Okoro oil wells said to be in Akwa Ibom State, an action for which he is challenging the Federal Government agency in court.

Also, Governor Wike said his Imo State counterpart, Governor Emeka Ihedioha had asked the Federal Government to direct the RMAFC to undertake payment of N15 billion to the state (Imo) for oil wells allegedly belonging to the state, but which are being counted for neighbouring Rivers State.

Over the two oil revenues (amounting to N21.6 billion), Governor Wike is challenging his neighbour governors, Udom Emmanuel and Emeka Ihedioha in court – although he told newsmen last December 23 in Government House, Port Harcourt that both of them are his “close friends.” But said he does not trade friendship with what belong to Rivers people.

The Rivers governor denied an allegation by Seriake Dickson, the outgoing governor of Bayelsa State that he (Wike) was embarking on “oil wars” with his neighbouring states – Akwa Ibom and Imo.

Wike rather accused Governor Dickson of lamenting over his state’s loss of Soku oil wells to Rivers State following the Abuja High Court judgement of December 16, 2019; accusing the outgoing Bayelsa governor further of being wasteful in his administration; and had failed to develop critical infrastructure in the state in the eight years of his administration in the state.

He said he was challenging Governor Dickson to appeal the High Court judgement over Soku oil wells; and not call him (Wike) names of embarking on “oil wars” with his neighbouring states.

“You cannot heap your frustration on us. We have nobody to carry guns, so the best place to go is the court,” Wike said.