Shell Petroleum Development Company (SPDC), in a frantic bid to reclaim ownership of the Oil Mining Lease (OML) 11, has appealed the Port Harcourt federal high court’s judgement which had awarded the oilfield to Rivers State.

OML 11 is an oil block covering 33 oilfields yielding 250,000 barrels of crude oil per day (BPD). The area straddles several communities in Rivers such as: Bonny, Bodo West, much of Ogoni land, Andoni, Oyigbo, Afam, Etche, and Ikwerre before terminating in neighbouring Imo State.

Business A.M. learnt about this during an exclusive interview in Port Harcourt with Peter Medee, the Rivers State Commissioner for energy and natural resources. The appeal by Shell puts on hold, so it seems, the state administration’s planned utilization of its own portion of the oil block, which the commissioner told this newspaper is to “give the oil block back to the communities for better participation, in order to avoid the agelong crises arising from mining of oil assets to the spiteful exclusion of the host communities. 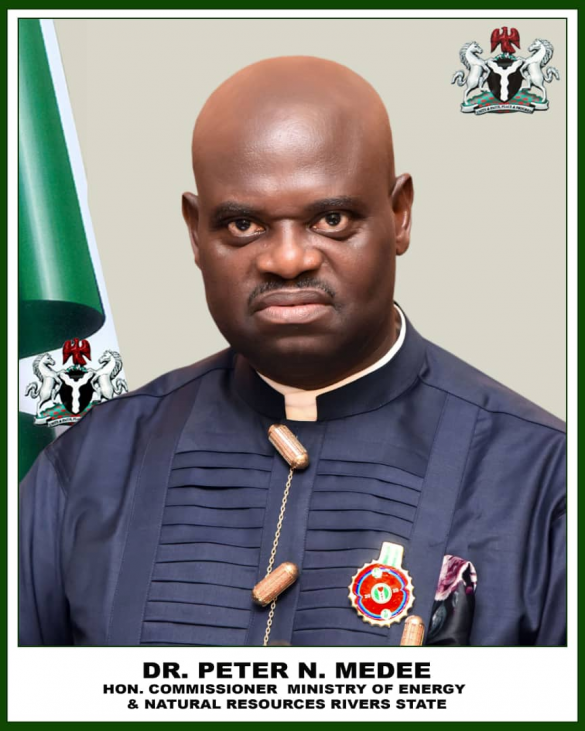 In September last year, Governor Nyesom Wike had announced that the state government had acquired Shell’s 45 per cent stake in the idle OML 11 at the cost of $150 million (N54 billion at the 2019 prevailing N/$ exchange of N360). The governor said the government would put the oilfield back into production through a well-mapped out model that would include the active participation of all the host communities.

However, Shell has refused to let the lucrative oil block go like that. The oil giant, with the largest footprint in Nigeria’s oil industry, has taken the matter further to the appellate court, after losing its ownership bid at the first level as the defendant. On August 13, the high court in Port Harcourt ruled against the oil company, awarding the oilfield to Rivers.

Medee, an economics lecturer at the University of Port Harcourt before his appointment as commissioner in energy and natural resources ministry, which oversees all issues on petroleum and gas, told Business A.M. in the interview that the government’s OML 11 acquisition was propelled by its good intentions for the people. And that in acquiring the oil block; and would soon unveil its ownership structure once the litigations were over. He said the government did not go into acquiring the oil block for the fun of it, rather to manage it to the overall benefit of the state and its citizens.

“Rivers State has very good intentions for the OML 11 That’s why it went ahead to acquire the asset. Although it is still under litigation, as we have just been informed that it has been appealed by the other party. But all that would come and go, and Rivers State would unveil its ownership structure for the oil block. We’re mindful that there are legacy issues that would be dealt with. As a ministry, I can assure you that we would support the state government to tackle these legacy issues where they are amicably.

“Mind you, Rivers State government would not just acquire the oil asset for the fun of it. It is its intention to acquire the oil block for the betterment of the state. Part of the legacy issues is that the OML 11 is not just Ogoni oil block. People see OML 11 as Ogoni oil block – it’s not so – it spans from Bonny, Bodo West, Andoni to Ogoni, to Oyigbo, to Afam, to Etche, Ikwerre, and on to Imo State. So, it’s beyond that. But we’re aware that the Ogoni problem stemmed from their unhappiness with the way the former operator was handling the oil block. And those things that the Ogonis were asking the former operator to do, which they were not willing to do, those are things that River State government intends to put on the table – that is return the oil block to the host communities of OML 11.

“The state government is saying that those communities who own the oil block, and give them their share to operate to their own benefit, and to the benefit of the operator as well. For us, that would be a better deal than we saw some of the legacy issues. We’re not there now. We will get there, and deliver ownership and value to Rivers people. That’s the intention of Rivers State government on OML 11. His Excellency, Governor Nyesom Ezenwo Wike means well for Rivers people. We cannot have such huge asset, and we don’t know it is being operated. So, our interest to operate it, our interest to own it, is to give ownership to the communities,” Medee explained.

The court had upheld the government’s claims, among others that: SPDC judgment debtor’s interests in its fixed landed assets comprised in its Kidney Island base, Port Harcourt and interests in lands comprised in OML 11 sold to the Claimant pursuant to the execution of the combined court judgments in Suit No. FHC/PH/231/2001; CA/PH/396/2012 and the Supreme Court appeal No. SC 731/2017 is consistent with the command contained in Section 287(1) of the Constitution of the Federal Republic of Nigeria, 1999 (as amended).

That Shell’s continued defiant appropriation (despite the completed sale) of possessory and usufructuary rights including pecuniary accruals in respect of its fixed assets comprised in its Kidney Island base, Port Harcourt and interests in lands comprised in OML 11 infringes on Rivers’ vested respective rights to title and pecuniary interests therein. Also that, Shell is bound to render accounts to and pay over to Rivers state all accruals from its (Shell) continued appropriation of the pecuniary interests in OML 11, including arrears of commercial rents for their use of the Kidney Island base and jetty from the date the deputy sheriff of the High Court of Rivers State issued title documents thereon to the state, until Shell peaceably yields up possession thereof.

The Port Harcourt high court therefore, issued an order compelling Shell, its agents, assigns, representatives, privies or whosoever called, to accord Rivers with all rights, privileges and benefits accruable from its purchase of the oil company’s assets in OML 11, directing the company to account for and handover all monetary accruals it had made from its continued appropriation of OML 11 from the date the deputy sheriff of the High Court of Rivers State issued title documents thereon to the claimant, until the defendant peaceably yields up possession thereof. The court also perpetually restrained Shell and its agents, assigns, representatives, privies from embarking on acts or omissions adverse to the title, right and interest of Rivers State over the OML 11.