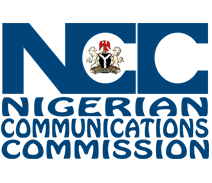 The TVWS is the unassigned spectrum between broadcast television channels in the 470 to 694 MHz portion of the UHF frequency band that can be utilized to provide Internet access to the underserved and unserved regions of the country, mostly in rural service areas at broadband speeds.

Currently, there are 195 access gaps in Nigeria, where about 40 million people have not had access to any form of telephony services.

To reach these Nigerians who have been found at the other side of the digital divide, deployment of the TVWS has is a veritable means to expedite actions to connect the underserved to at least 2G and 3G internet connections.

Towards this end, the telecoms industry regulator has just released a framework that dictates peculiarities of operations in the UHF band will now be used to deploy internet services.

Umar Danbatta, the executive vice chairman (EVC) of the commission explained that guidelines provide a framework to enable license-exempt transmitters to operate in the UHF band.

Originally, the UHF bands  are allocated on a primary basis to the broadcast television service.

The license-exempt transmitters will operate  on frequencies and at locations where the spectrum is either not assigned to licensed services or not in use at particular times, while protecting primary users from receiving harmful interference.

“These license-exempt radio transmitters will allow for the provision of affordable broadband and Internet access in unserved and underserved areas within Nigeria, and support the development of Internet of Things applications, including agriculture,” Danbatta states in the 20-page document.

On the authorization framework for the operations of TVWS, the commission said the spectrum shall be utilized only by operating licence holders of the NCC as specified in the Communications Act, adding that any person providing service utilizing the spectrum shall obtain the relevant operating licence or authorization from the Commission in accordance with applicable guidelines and regulations.

The Commission also dictates that no person shall provide service or operate as a TVWS Database Administrator without first being duly authorized by the NBC; every TVWS database shall be certified by NBC; TVWS devices shall be type approved by the NCC and that TVWS devices shall not be used airborne.

The NCC had urged telecoms operators to extend effective service coverage and delivery to rural areas instead of acquiring more technologies that many Nigerian may not benefit from.

On their own part, the operators had been wary of committing huge investments to providing services in areas that are not economically viable, especially given the operating environment in the country considered as harsh by the operators.

With the deployment of the TVWS however, experts said it would be much easier to roll out broadband services in the underserved and unserved areas.

Speaking recently in Lagos on the need to connect the digitally sidelined population, Chris Uwaje, founder and chairman of Mobile Software Solutions/Connect Technologies Limited, clamoured for rural infrastructures in the villages for ihabitants to benefit from the broadband and emerging technologies.

“Can we have smart cities and no smart villages? If you want to focus on Lagos, Kano, and Abuja only, the implication will be a massive rural-urban migration. We need rural infrastructures too.

“We should also be talking about a local cloud so our data centre will be in Nigeria and not elsewhere. Spectrum is the core. It is not only about 4G and 5G. The issue of smart cities must go in line with local cloud to increase data security and reduce cost,” he added.