Sahara Energy Geneva, a leading international energy and infrastructure conglomerate with business operations in over 42 countries, has appointed Nicholas Mignot as the new chief financial officer to oversee the growth and expansion of the company’s strategies globally. 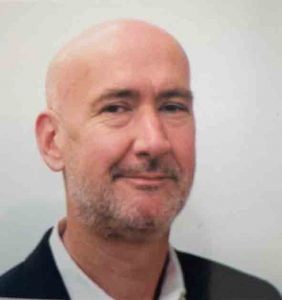 The appointment, which is to take effect from January 4 2021, is expected to see the new CFO take total charge of the company’s finance, architecture and operations, as well as help Sahara Energy extend its competitive prowess in key markets across Africa, Asia, Europe, and the Middle East.

Wale Ajibade, executive director of Sahara Group, parent company of Sahara Energy Geneva, who doubles as supervising director of the subsidiary, expressed his pleasure to have the global expertise around and also professed his assurance in Mignot.

Mignot expressed delight to have joined the Sahara Group’s family. “I am excited to be joining Sahara Energy, a company with a remarkable pedigree in terms of top quality oil and gas operations, promotion of clean energy initiatives and corporate citizenship projects,” he said.

Although Mignot has been active in the energy and commodities financing space since 1994, he began his career with a fertilizer company through joining BNP Paribas in the year 2000 where his horned expertise in commodity trade finance, working capital solution and financing of refining in the Europe Middle East and Africa (EMEA) region led him to serve as head of structure trade finance and, also as deputy head for commodity finance within EMEA.

Mignot later joined Natixis in 2014 as the deputy head for energy trade for EMEA and became the executive director for the energy natural resources franchise at Natrix New York branch, a position he has held since 2018.