It’s just like yesterday thatSegunAgbaje took over the mantle of leadership as the managing director of Guaranty Trust Bank in 2011 following the demise of TayoAderinokun, then managing director of bank, to lead what has today become one of Africa’s best run and most profitable financial institution, It is without a doubt that Agbaje’s leadership and steering of GTBank management in the past 10 years has truly seen the bank grow in all assessment indices into becoming, not just an enviable financial institution in Nigeria, but the whole of Africa. 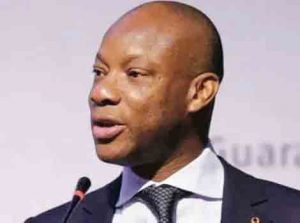 At the time Agbaje took over the leadership baton at GTBank in 2011, the bank’s total balance sheet size, according to the bank’s 2010 audited financial results, stood at N1.08 trillion; by the close of 2014 financial period, GTBank had N2.126 trillion in total assets after rising from N1.904 trillion in 2013, N1.620 trillion in 2012 and N1.523 trillion at end of Agbaje first anniversary as chief executive officer (CEO). By the year-end 2015, GTBank total assets expanded to N2.524 trillion. And 10 years on as chief executive officer, we can see significant expansion of the bank balance sheet as total assets increased at least by 12.07 per cent annually in the last 10 years, from N1.598 billion to N4.944 trillion in 2020. Thus, GTBank balance sheet has expanded significantly as a result of cutting edge retail banking strategy and service excellence.

However, a critical analysis of the GTBank’s financial statement between 2011 and 2020 revealed that the astute banker delivered N1.305 trillion cumulative profits for the bank, as the lender bottom line expanded 15.47 per cent on the average per annum in a decade.

In a similar vein and following the same growth trajectory, Agbaje grew customers deposit to N1.439 trillion in 2014, from N962.486 billion in December 2011. Meanwhile, as at the year-end 2010 result signed off by his predecessor, the customers’ deposit book was N711.038 billion. And by 2015, the bank had increased its customers’ deposit liabilities to N1.610 trillion.

A peep into GTBank’s 2020 numbers showed that the lender’s gross earnings expanded 4.58 per cent year on year to N455.23 billion in 2020 on the back of relatively strong growth in non-interest income. During the year, the bank non-interest income swelled up 11.06 per cent above the amount reported in the financial year 2019 as interest-related income surged marginally at 1.53 per cent as a result of the low-interest rates environment that underscores the Nigerian economy.

Furthermore, the 2020 audited financial result shows that the bank’s net interest margin (NIM) contracted, albeit slightly, to 9.26 per cent from 9.28 per cent in 2019, supported by efficiency in deposit mix. In 2020, the bank reported a profit before tax of N238.1billion, representing a growth of 2.8 per cent over N231.7billion recorded in the corresponding year ended December 2019.

Not in a hurry to forget is the bank’s continued show of resilience and posting some of the best metrics in the Nigerian banking industry in terms of key financial ratios, including, Post-Tax Return on Equity (ROAE) of 26.8 per cent, Post-Tax Return on Assets (ROAA) of 4.6 per cent, Full Impact Capital Adequacy Ratio (CAR) of 21.9 per cent and Cost to Income ratio of 38.2 per cent. Still, leading the list of sky-high performers, the bank’s earnings per share expanded at 15.45 per cent on cumulative average growth rate, from N1.69, earned on share outstanding in 2011 to N7.11 in 2020. Howbeit, its shareholders have approved for the bank’s metamorphosis into a financial conglomerate with a Holdco Structure. However, the bank noted that the process is in the final stage of regulatory approval, as such, operations in 2021 will run as HoldCo for at least half of 2021.

This performance index largely explains the manner of praise and commendations from shareholders during the bank’s 31st annual general meeting held recently in Lagos where TunjiBamidele, while applauding the bank chief’s leadership acumen and dexterity, noted that Agbaje’s steering of the bank in the past 10 years has been a blessing to shareholders and the bank’s well-meaning stakeholders. Bamidele, while speaking at the event commended the bank’s board and management for sustaining profit and dividend payment in spite of the harsh and challenging economy experienced in the year 2020 as a result of the pandemic that challenged the world.