The Senate has confirmed Godwin Emefiele as governor of the Central Bank of Nigeria for another term. 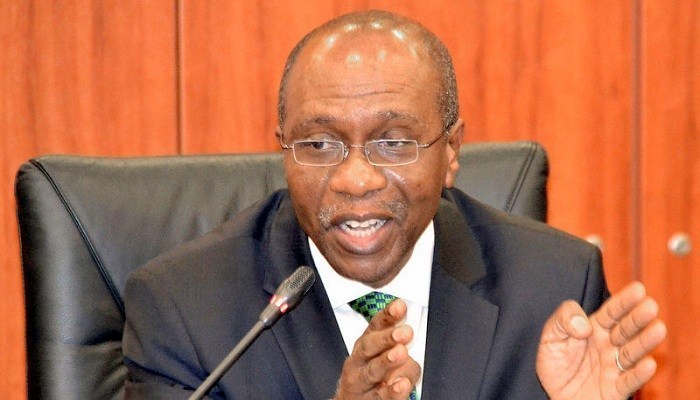 The confirmation follows his nomination by President Muhammadu Buhari last week.
Buhari had written to the Senate on May 9 to inform them of his decision to reappoint  Emefiele.
The president, in the letter, said  Emefiele’s first term will expire on June 2 and sought confirmation of his reappointment, pursuant to the provisions of Section 81(2) of the CBN Act 2007.
He said the CBN governor’s reappointment will be for a second and final tenure of five years.
Mr Emefiele was appointed the governor of the apex bank in 2014.
The Senate thereafter referred the screening of Emefiele to its committee on Banking, Finance, and other Financial Institutions.
The governor and senators in the committee were all smiles and threw banters in the screening that held on Wednesday.
Presenting the report on Thursday, chairman of the committee, Rafiu Ibrahim (Kwara-PDP), said the committee was impressed with Mr Emefiele’s ‘more than 32 years’ experience with outstanding performance.’
The committee recommended confirmation of  Emefiele based on his performance in the first tenure.
“That the nominee understands the diverse economy of the country and has displayed profound knowledge of the continuous existence of our economy stability.
“That the nominee has performed credibly in his first tenure which resulted to the exit of the nation out of economic recession,” Mr Ibrahim said.
His confirmation was put to a voice vote and received a unanimous ‘ayes’ from the senators.
Businessamlive Website Stats