The Nigerian senate has given minisries, departments and agencies (MDAs) of the federal government up till the end of October 2019, to defend their 2020 budget estimates to enable the passage of the document in December. 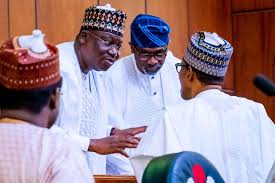 Lawan said all MDAs were expected to appear before the committees for the defence of their budget estimates during the month of October in order for timely passage of the budget.

He explained: “We have earmarked the month of October to be the sole window for all budget defense activities in this year, by all MDAs.

“In this regard, our committees will be expected to conclude their work on budget defense within October, this year.

“The subsequent necessary legislative work will be carried out in November and December, leading to eventual passage before the end of this year,” Lawan added.

He noted that the 9th National Assembly had shown capacity, commitment and willingness to treat legislative matters that would impact on the lives of the citizens with dispatch and every sense of urgency.

According to him, this was clearly demonstrated last week, when the Assembly received, processed and passed the request of President Buhari on the 2020-2022 Medium Term Expenditure Framework and Fiscal Strategy Paper (MTEF/FSP).

Lawan gave assurance that the national assembly would treat the 2020 budget estimates with the same commitment or even more.

He said: “In our effort to pass the budget, we will also be guided by the legislative requirement of a thorough scrutiny.”

Lawan, however, cautioned that the budget estimates will remain what they are, estimates, until we are able to generate and receive the necessary revenues to fund and foot the bills.

He, therefore, charged the revenue generating agencies to be more alive to their responsibilities, more innovative and focused on how to meet their revenue targets, promising that the national assembly would continue to review how the revenue generation, collection and remittance will be more effective and efficient.