The Senate on Thursday summoned Otunba Niyi Adebayo, the minister of trade and investment, and the acting, managing director of Nigeria Export Processing Zones Authority, Terhembe Nongo, over N15 billion allocated to a private company in the ministry’s budget. 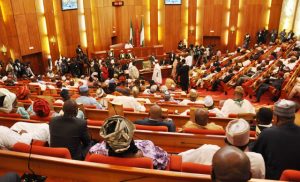 Oko had informed the Committee that, during the budget defence of the Ministry, she asked the Minister and Permanent Secretary of the Ministry on the purpose of the N15bn in the budget but that the two of them were unable to explain.

Oko said, “When they came for budget defence, the Minister and the Permanent Secretary said they didn’t know anything about the issue as it is between Nigeria Export Processing Zones Authority and the company.

She said that the Committee had asked for the shareholding structure from the Attorney General of the Federation, Mr. Abubakar Malami.

She said the documents provided did not reveal the identity of the shareholders.

Oko informed the Senate Committee on Appropriation that her Committee had requested the Nigeria Export Processing Zones Authority, to provide details of the allocated funds.

She said, “We have requested the Nigeria Export Processing Zones Authority to give details of what happened and their response was the money was allocated to them in 2017 and as of then the company was not in existence.”

She said, “The company was registered in 2018. Meanwhile, the money was already allocated in 2017 and domiciled in CBN. More so, N15bn was released two days ago to the same company.”

The Chairman of the Appropriation Committee, Jibrin Barau, however, said that the Committee directed the NEPZA MD, Minister and Permanent Secretary of the Ministry to appear on Monday to correct the anomaly.

Barau said, “We will create time for you (Oko)  come with the Minister and the Permanent Secretary alongside the MD of Nigeria Export Processing Zones Authority on Monday by 11:00 a.m. to correct this anomaly.”

It will be recalled that the 8th Senate had directed the acting MD of NEPZA to return N14.3bn to the purse of the Federal Government.

It claimed that the money was diverted from the 2017 budget of NEPZA.