….as Gbajabiamila leads in House of Reps speakership battle

After over five weeks of political gerrymandering by the ruling party, the All Progressives Congress (APC) to influence the elections of the National Assembly, the party’s preferred candidate, Senator Ahmed Lawan, the Senator representing Yobe North constituency, was elected the President of the Senate of the ninth National Assembly. 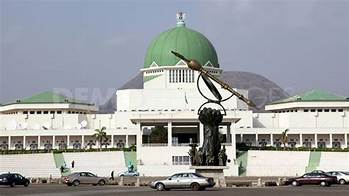 Lawan defeated his opponent, Senator Ali-Ndume, who was strongly backed by the main opposition party, the Peoples Democratic Party (PDP), with 79 votes out of the 107 total votes during the exercise

The clerk of the National Assembly, Mohammed Sani-Omolori, announced the results of the election after which Lawan was immediately sworn-in.