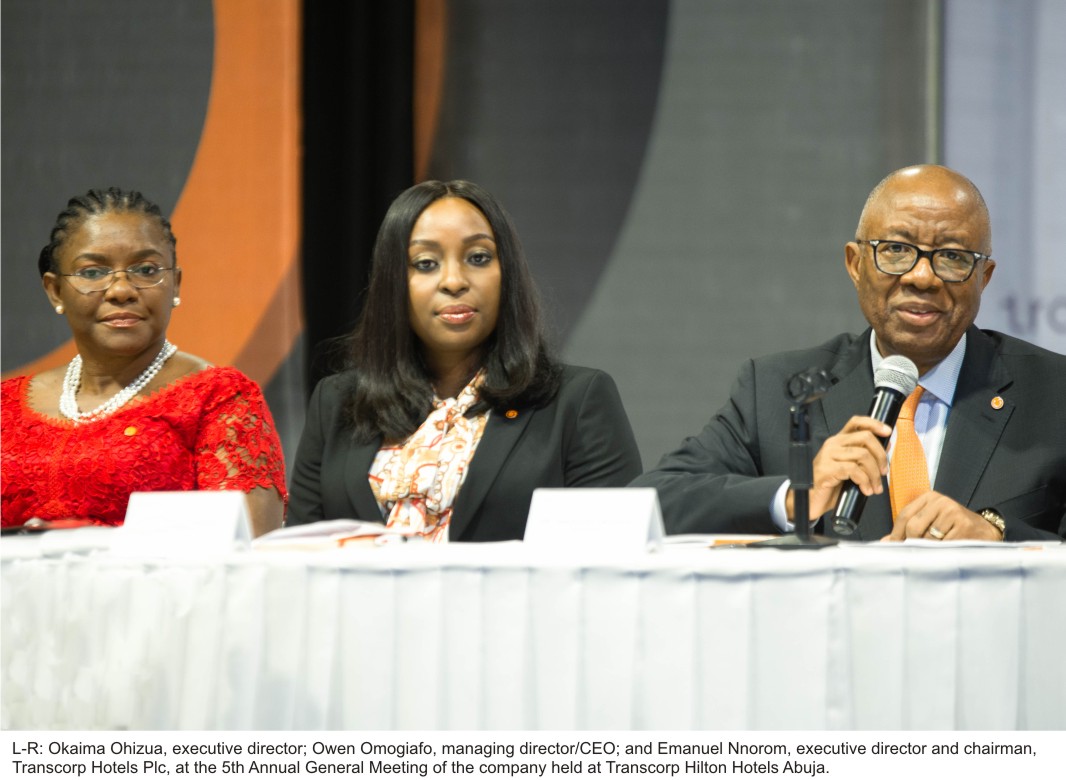 The shareholders who approved the dividend at the company’s 5th Annual General Meeting (AGM), also praised the company for its impressive financial results for the year ended December 31, 2018.

At the AGM which took place at the congress hall of the Transcorp Hilton, Abuja,  Patrick Ajudua President of the New Dimension Shareholders Association, while speaking on behalf of shareholders, said that “Transcorp Hotels Plc is an embodiment of what privatisation in Nigeria should be.”

He further stated that good corporate governance and the presence of a focused management team who are concerned with giving returns to shareholders are some underlying factors behind the company’s continued success.

“It is a further demonstration of our ability to adapt quickly to a changing business environment while keeping pace with global best standards in hospitality,” the Chairman said while thanking the Shareholders for their continued support and faith in the Board and Management of the Company.

She said “We are redefining the hospitality landscape in Africa and positioning our continent as a preferred destination for local and international tourists. Our numerous awards and recognition are proof of this.”

On the prospects for 2019, Omogiafo noted that “Transcorp Hotels will continue to leverage on its unique value proposition and proven strategies to exceed 2018 performance.”

She further said that growth and efficiency underpinned by a strong culture of service excellence and cost optimization will drive the company.