Owners of ships coming to Nigerian ports pay $2,000 (about N720,000) per day to private security firms to secure their vessels waiting on anchorage to berth at the seaports in Lagos and other ports. 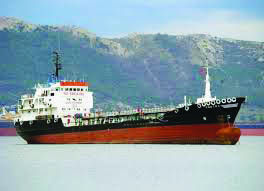 Vessels whose berths of call are occupied by other discharging vessels at the time they arrive usually wait at “a safe anchorage” in the water. Checks by business a.m. on Nigeria Ports Authority daily shipping data show that average ships’ stay on anchorage is two weeks while awaiting berth. With the shipowner paying $2,000 daily, this amounts to $28,000 (N10 million) in two weeks.

Sekonte Davies executive director, Marine & Operations, NPA, during a quarterly meeting of the ports authority with stakeholders confirmed that ships pay $2,000 daily to private security firms while in anchorage in Lagos waters.

Security concerns for vessels awaiting berth until recently, were only rife for eastern ports, which Hadiza Bala Usman, managing director of NPA, blamed for poor patronage of the ports in the eastern pilotage district.

Hadiza had said in April that the ports in Calabar, Warri and Port Harcourt were the most affected, adding that the Office of National Security Adviser and the Nigerian Navy had been notified.

But now, the concerns have shifted to the Lagos ports, which receive over 80 percent of ships coming to Nigeria.

Sekonte, however, told port stakeholders at the weekend, that the NPA was working at eliminating security threats at the ports in Lagos.

A representative of Greenview Nigeria Development Company (GNDL), the Terminal operating company owned by Dangote Group, had said attacks on the vessels berthed at the company’s facilities had been coming from Ogogoro Island, a seaport neighbourhood close to the  concessionaire’s facilities.

Sekonte who represented the managing director of NPA at the meeting, said the authority would soon take delivery of patrol boats to be deployed to the ports for use to check the activities of “miscreants” who have been attacking vessels, which are berthed at the ports.

He also disclosed that the authorities plan to bring in some fenders from the eastern ports, which are not in use, to Lagos ports as foreign ships were not willing to berth at channels in Lagos that have no fenders.

He said, “NPA does not recognise the facility being referred to as ‘safe anchorage’ within Lagos waters, where vessels waiting to berth are believed to be anchoring, under the control of a private security company which collects $2,000 daily from every vessel. The NPA will take measures to ensure that all vessels are safe on its waters. We have ordered for fenders, but in the meantime we will bring in some fenders which are not in use from the eastern ports. This is necessary to check under-utilisation of the Lagos seaports by foreign ships which are not willing to berth at channels that have no fenders.”

He further disclosed that the seaport authority had commenced rehabilitation of the control towers and communications systems at the Apapa and Tin Can ports to boost port efficiency. According to him, the contract for the repair of the control towers was approved by the Federal Executive Council (FEC).