Vivien Shobo, the former Augusto & Co chief executive, came up for special recognition at the 2020 Africa Banker Awards as winner of the magazine’s Icon Award for the year at a virtual ceremony held recently. She joins notable past winners, including Ngozi Okonjo-Iweala, Nigeria’s former finance minister and contender for the director-generalship of the World Trade Organisation; Adebayo Ogunlesi, one of Wall Street’s most eminent financiers, Tidjame Thiam and Eleni Gabre-Madhin, founder of the Ethiopian Commodities Exchange and many African luminaries, who have been so honoured. 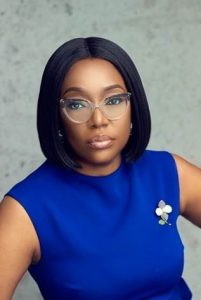 Shobo’s award is in acknowledgement of her outstanding work and exemplary career during her tenure as CEO of the foremost Nigerian credit rating agency.

According to the award panel, Shobo played an important pioneering role in helping to transform the debt capital market in Nigeria and beyond, facilitating in the process multibillion naira transactions and enabling companies to grow and thrive.

She was noted as playing a key role in the development of a world class organisation that now competes effectively with global competitors, and the award committee stated that, “The impact of her work is beyond measure and we are proud to have an African Champion that has been able to play such an important role and compete with and out-do global competitors with larger resources.”

Shobo described the award as an honour and source of encouragement to African women leaders in various sectors.

“Winning African Banker Icon Award 2020 is truly an honour. I am particularly excited that our commitment and contributions to the development of Debt Capital markets over the years is being recognised and rewarded. I urge all women leaders especially those in the financial services to be inspired by this win as this is award for all of us. I thank my colleagues at Agusto & Co for all their solidarity,” said Shobo.

According to a statement on the award, the African Banker Icon category is awarded to a person for helping transform the financial services sector, but who is not necessarily within banking. The African Bankers Award recognizes personalities and banks that are driving Africa’s rapidly transforming financial sector, and celebrates the achievements of those who are driving growth and development and creating new economic opportunities for citizens and communities all over the continent and inspire new generations of bankers who are shaping Africa’s future.