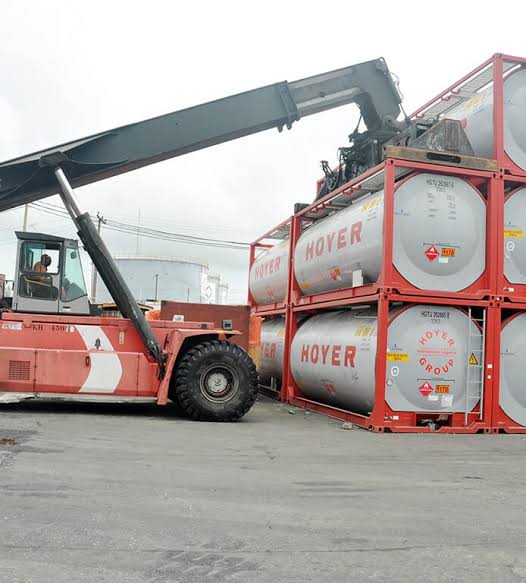 Onyiloye said, “With our new internal restructuring project code-named “Quantum Leap,” SIFAX Group is respositioning itself to become the first choice terminal, not just in Nigeria but in West Africa. We have also set a target that will increase our revenue with over 300 percent in five years. One of the ways, we can achieve our set targets is to first begin with investment in equipment which will complement our excellent personnel asset. These new equipment are the best and latest in town, they will catapult us into the next level growth we are working towards.”

He noted that despite nearing end of its concession contract with the Nigerian government, the company was not deterred to invest more in port infrastructure, an indication that it was ready for a long term partnership with the Federal Government of Nigeria. He said the acquisition of the new equipment was part of the company’s strategic investment plan to deliver quality service to its clientele and to further attract more patronage.

He however called on the government to improve on the port access roads so that the positive impact of the equipment would reflect on the ease of doing business in the country.

Speaking to business a.m shortly after unveiling the equipment, John Jenkins, managing director of Ports & Cargo, said the company invested over €20 million to buy the equipment, which also included spare parts for their maintenance. He also called on the Federal Government to rebuild the port access roads so that improved cargo turn around which the equipment were meant to achieve would become a reality.

“The equipment will surely make our performance to be faster, but unless we solve the problem on the road, it is not going to solve the larger port problem. Yes, we can discharge quicker, turn around would be quicker for the cargo, but the port access roads must be fixed quickly. The total cost of the equipment is over €20 million. We have all the equipment with spare parts as well worth several millions of euros,” Jenkins said.

He had earlier said, while welcoming guests to the equipment commissioning event that the company saw a need to acquire the latest equipment in order to meet the architecture requirements of modern ship calling the terminal. He noted further the company was already engaging several shipping lines in order to boost the company’s clientele base.

“We are particularly delighted at the new acquisition by Ports & Cargo. It is thing of joy that  an indigenous company is competing favourably with foreign multinationals in the maritime sector in terms of investment, manpower and quality of service delivery,” said Hadiza, who was represented by Aisha Ali Ibrahim, assistant general manager, Operations.

Also commenting, Norman Herzberg, sales manager for Africa, Liebherr Group, said the newly-acquired mobile shore cranes LHM 500 are the latest technologies with wider reach into the vessels and can discharge faster effectively and efficiently. He added that his company was delighted to be the partner in the supply of some of these equipment.