The Nigerian equities market marginally returned to bullish path on Monday as it commenced another trading week by gaining a sum of N12 billion to close the session. 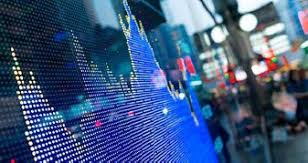 This led to 0.09 per cent appreciation of the benchmark market index to close at 26,557.77 basis points, a development described by analysts at Cordros Capital as the largest expansion of the index since September 27, 2019.

While the recorded profit was also observed to have been propelled by late cross in Dangote Cement, Dangote Flour Mills Plc and UBA Group Plc. Shares, the Month-to-Date (MtD) and Year-to-Date (YtD) losses moderated to 3.88 per cent and 15.50 per cent respectively.

Similarly, as investors gained N12 billion, the valuation of equities at the nation’s bourse appreciated from N12.917 trillion on Friday to N12.928 trillion on Monday.

Sector performances were mixed, as the insurance index gained by 1.85 per cent and industrial goods followed with 0.20 per cent appreciation, while the consumer goods index shed 0.03 per cent and banking index trailed the negative lane by 0.03 per cent. Meanwhile, the oil and gas index closed flat.

Conversely, the top decliners are Global Spectrum Energy Services Plc with 9.62 per cent loss; UACN Plc 6.99 per cent; United Capital Plc 4.69 per cent; and FBN Holdings which declined by 2.78 per cent.

Other decliners for the day are Ecobank, Wema Bank, Aiico Insurance Plc and Zenith Bank Plc, whose share prices shed 2.70 per cent, 1.67 per cent, 1.45 per cent, and 0.28 per cent, respectively.