Heliculture, popularly known as snail farming, is a process of raising snails for consumption, commercialisation and other economic uses. Currently, the Nigerian snail market has proven to be commercially viable boosted by a guaranteed net marketing income and net returns recorded by producers, wholesalers, retailers and all stakeholders engaged in the business.

Moreover, global demand, supported by its nutritional and medicinal value, has over the years seen snail expanded from just a local delicacy to an international cuisine flourishing in Asia, Europe and North America.

Also of note is the utilisation of snail slimes by cosmetics manufacturing companies, which is increasing at a quick pace.

Increased awareness of its nutritional, therapeutic, cosmetic and industrial properties, has resulted in rising demand, with trade on snails flourishing globally.

The Food and Agriculture Organisation of the United Nations (FAO) has projected that the volume of total imports, led by Spain, France, Bosnia and Portugal, is expected to rise from 33,000 tonnes to 50,000 tonnes by the end of 2025.

The value of the global market, which stood at $119 million in 2016 is expected to rise to over $200 million in 2025 as the demand for snails continues to witness an upward trend.

In Nigeria, snails dwell mostly in humid forest areas from where they are gathered by villagers for consumption. They are considered highly nutritious and very palatable, which makes it highly demanded by consumers.

Snails are abundant in the Southern part of Nigeria due to the heavy rainfall and rich vegetation compared to the Northern region that has a dry environment, which is not conducive for snail breeding. However, the consumption rate in general is very high and it is more expensive in the northern region due to scarcity. 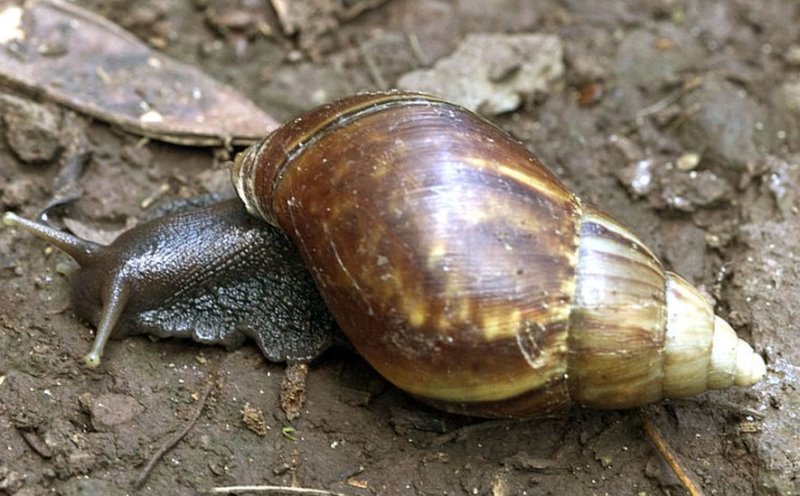 The market opportunity for snail farming in Nigeria has been described by market analysts as grossly underrated as much is yet to be tapped from commercial snail farming.

Snail farming, according to experts in the sector, requires little capital investment, while much profit is generated within a considerable short time and it has low risk compared to other livestock farming. Snail feed is cheap, affordable, and can be prepared locally.

More so, snail management is considered to be less time-consuming, requiring little space, less energy, and less attention, compared to other livestocks.

The snail industry also lays a long term economic prosperity for the people involved with high market potential both in the domestic and export markets.

He also stated that the demand for snail meat quite outstrips supply, despite the high cost of snails in the market, an indication that the market potential of snails is inexhaustible, locally, and internationally.

Ike noted that snail farming is a good investment because snails are very prolific (reproduce very fast), death rate is very low, training period is very short and trainees are assured of adequate knowledge to make them establish and manage successful farms.

Snail farming, he assured, is one of the most lucrative businesses that one can embark upon, either on a small or large scale, with very low initial capital outlay.

“Starting both small and large-scale snail farming businesses is the only way to fill up the spaces between the demand for snails and its supply in the country,” Ike said.

Despite the potential and advantages of snail farming, widespread participation in its production by farmers has not been achieved in Nigeria as much of the snails marketed in Nigeria are collected from the wild, compared to few farms constructed for commercial breeding and production of snails. This has been attributed to lack of awareness of the economic potentials of this micro-livestock.

Dunmola Sodeke, chief executive officer, Omodun Farms, a snail farm establishment in Lagos, explained that many people are unaware of the economic potentials of the micro-livestock.

Sodeke also stated that having the capital to run the business is not enough to achieve success in snail farming, noting that the prospective farmer needs to back up the desire to venture into snail farming with adequate information, necessary knowledge, relevant skills, and the desire to cope with the challenges required for day to day running of the business.

She further advised potential farmers to have a vast knowledge of the different breeds of snails that are suitable for snail farming.

To have an active farm that will give the farmer optimum profit, she recommended that farmers stock their farm with Archachatina Marginata, an edible snail specie that is very large in size, has a commendable reproduction rate, very adaptable to any environment and easy to manage, if supplied with enough food/calcium and accommodated in a paddock constructed with professional expertise.

In recent times, the wild snail population has declined considerably due mainly to the impact of man and other anthropogenic factors, including deforestation, overexploitation and failure to adopt large scale heliculture practices.

Speaking on the challenges hindering snail production, Adeboye Omole, an experienced livestock specialist and micro-livestock research professor at the Institute of Agricultural Research and Training (IAR&T), attributed lack of funds and poor capital base for large scale production as a major challenge faced by Nigerian snail farmers. He listed other factors to include:

Lack of contact with extension agents knowledgeable in mini-livestock production;

Theft, being that the snails are very light compared to other livestock, which makes it easy to steal when not tightly secured;

Easy prey to predators such as rats, toads, snakes, millipedes and centipedes who pose a threat to the survival of snails.

On how climatic conditions affect snail production, he said, “Snails will not do well during the dry season unless they are given proper attention under good management policies.”

Omole urged the veterinary services of the ministry of agriculture to live up to their expectations in control of diseases and pests of animals especially micro-livestocks, such as snails.

He advocated an effective linkage between the farmers and extension services of the agricultural development programme.

He also urged the extension agency to organise workshops, seminars and training on improved snail technologies for the farmers.

This, according to him, will help to improve the farmers’ skill, knowledge, attitude and techniques in snail production which will result in higher production, protein intake, income and improved standard of living.

“By doing so, the number of people in the sector will increase and the commercial value will also be expanded,” he said.

Omole expressed confidence that the snail farming business in Nigeria can generate the required capacity and quality for export if placed under good management practices such as a good housing system, good feeding and good processing.

The livestock specialist also charged local snail farmers to expand their production range or engage in contract or cooperative farming to encourage the required quality and quantity needed for export.

He enjoined the government to support the farmers by creating an enabling environment and good policies to encourage export.