Unemployment is a serious problem in Nigeria, particularly bedeviling the youth. Post COVID, it has eaten even deeper into the heart of the nation, remaining a subject of discourse which requires significant attention.

In an estimated population of 200 million, 65% of Nigerians are below the age of 35, and the youth unemployment rate is around 40%. These figures are staggering, and for a country like Nigeria, which yearns to compete with the developed nations of the world, unemployment is endemic in its system. 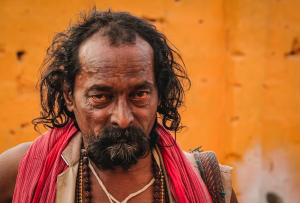 While the high level of unemployment certainly impacts the economy, with such a vast number of 18–35-year-olds being less productive or engaged in any form of creative or gainful employment, the social and psychological impacts on the individual and society are equally as devastating.

Unemployment can be highly toxic and destructive within a family, whether that be between a husband and wife, or parents and children. It obviously places a huge financial burden on the family, but it can also lead to other antisocial traits like alcoholism and violence. This conflict puts a strain on relationships, which can lead to mental health struggles and psychological harm. The hardship from joblessness in families can also lead to housing stress, potentially contributing to homelessness. This adds to the conflict of an already tense family dynamic.

For those Nigerian youth who have young families, unemployment can lead to family strife and disintegration due to parents’ failure to support the needs of their children, harming their development and employment futures. Like a vicious cycle, once you’re in, it becomes increasingly difficult to get out, and a challenge to not let your children fall into the same trap. With little in place within the Nigerian society to help children get out of this trap, this cycle is just set to continue.

One of the biggest social impacts of unemployment is its relationship with crime, with the youths being the most volatile when their energies are misdirected or channeled into wrong endeavors. Income-earning opportunities in crime can mislead those involved into believing that they are conveniently employed, therefore not providing any motivation to seek legitimate employment.

Findings from a study carried out at the end of 2019 showed that unemployment and crime in Nigeria are interlinked. Joblessness has a significant effect on violent crimes such as armed robbery, murder, assault, and cultism. Increased militancy activity and kidnappings for ransoms have also been correlated with unemployment. Nigeria’s poor policing and justice system, as well as high levels of corruption, means much of this crime goes undetected and unreported.

Another significant effect of crime on unemployment is its ability to orchestrate environments that are unsafe for investment activities. Crime such as terrorism in the Northern parts of the country have stagnated entrepreneurial activities, with the longer the time that these insurgencies last in those jurisdictions, the more stagnant these opportunities become, thus furthering the growth of poverty and unemployment.

Idleness and unemployment go hand in hand, and with such a high proportion of healthy young men and women unemployed at their prime, it is no wonder that many of them are restive and turn to criminal activities as a way to make ends meet. Not only can boredom lead to youth participating in illegal and criminal activity, but it can also impact them in other ways.

Youth unemployment is believed to be one of the leading factors in the increase of gambling and betting in Nigeria, with sports betting and online casino games being the most popular choices. While these are seen as an opportunity to win big, they are also a distraction from the idleness that unemployment brings.

The “get-rich schemes” can be infectious, and once the word spreads, it reinforces the opinion that gambling is a good way to make money. A lack of resources for responsible gambling means that there are fears addiction is on the rise amongst these young people, with it believed that thousands of young men are already being pushed into psychological depression and even more poverty.

Joblessness also causes stress, which has negative consequences for people’s long-term physiological health, leading to the worsening of personal wellbeing. One in six Nigerian youths are believed to be suffering from poor mental health, and the high unemployment rate is certainly not helping these figures.

Loss of an individual’s self-esteem is a highly common effect of unemployment, with the feeling of achievement and fulfilment that is felt when functioning as an important member of society disappearing, which can ultimately lead to depression. Humans are social beings, and the disappearance of social contacts and networks can also contribute to a decline in mental health.

The elements facilitating unemployment and poverty in Nigeria are properly ingrained in the system. Inequality, corruption, lack of education, poor public good provisions and poorly targeted fiscal programs and their implementation, among many other factors, are facilitating the rise of unemployment.

There are things being done to tackle the issue of unemployment in Nigeria, such as investment in entrepreneurial activities like the launch of a much-delayed programme that promises the provision of jobs for more than 750,000 young people. However, the success of these programs depends on a conducive environment that guarantees safety of lives and a fight against corruption.