SOUTH AFRICAN AIRWAYS (SAA), one of the leading carriers on the African continent, will launch direct flights between Johannesburg and Guangzhou, China, on 18 September 2019, giving customers access to the heart of China’s export led manufacturing industries. 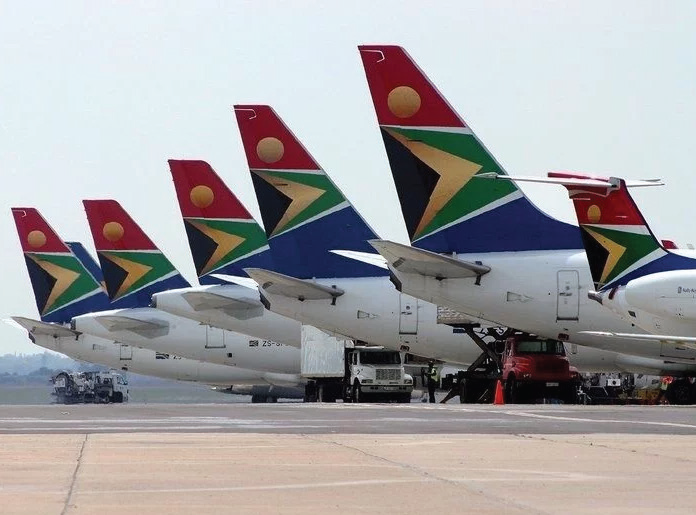 This is yet another strategy implementation initiative aimed at enhancing SAA’s route network.
“The decision to launch this direct service between Johannesburg and Guangzhou means we remain on track in executing our strategy to transform SAA into a fit for the future airline that will operate both efficiently and competitively,” said SAA CEO, Vuyani Jarana.
The Guangzhou route will cater for a spectrum of travellers between Johannesburg and China including business and corporate travellers and will be of special interest to traders. Cargo operations will the viability of this route considering that high value cargo is sourced from Guangzhou.
SAA will be the only carrier operating a direct service between Johannesburg and Guangzhou, with flight time of approximately 13 hours and 40 minutes, providing the shortest travel time on a nonstop basis between the two points.
There will be three new flights per week to Guangzhou, in South China, and these will complement SAA’s current operations to Hong Kong. This means, SAA will fly four times a week to Hong Kong. Airbus A340-300 aircraft will operate both the Guangzhou and Hong Kong routes.
Guangzhou is the largest city in the Guangdong province in South China and the third largest Chinese city after Beijing and Shanghai. It is an important transportation hub and trading port, located on the Pearl River about 120km Northwest of Hong Kong. “Adding a direct service to mainland China, combined with our current popular flights to Hong Kong provides SAA with immense growth opportunities, to and from mainland China. It also gives our traders access to the centre of Chinese manufacturing,” said Jarana.
The province of Guangdong is the centre of China’s export led manufacturing industries and described as “the world’s manufacturing hub”. Formal and informal traders source the majority of goods purchased in Sub-Saharan Africa from the province, due to Africa’s poor manufacturing capacity.
For more travel options for SAA customers flying to and from Guangzhou, the airline has interline agreements with China Southern Airlines, China Eastern, Air China and Hainan Airlines. To complement this initiative Guangzhou city has an extensive fast train network connecting the hub with important cities in China within 1-3 hours of SAA’s arrival and departure time. The newly opened 45 minutes’ fast train line between Guangzhou and Hong Kong provides alternatives to our customers to use both SAA’s Hong Kong and Guangzhou services.
SAA is also negotiating a code share agreement with Hong Kong Airlines, anticipated to be in place this financial year, for further travel options for customers travelling beyond Hong Kong. Hong Kong airlines will codeshare on SAA’s Hong Kong-Johannesburg sector and provide feeder traffic from Japan, Korea, Philippines and China.
The planned schedule, published last week, aims to offer morning arrivals in Johannesburg, seamless connection with SAA’s regional network with less than three hours lay-over in Johannesburg. The afternoon arrival flight in Guangzhou will connect to more than twenty cities in China and these include SHANGHAI, BEIJING, FUZHOU, XIAMEN, NANNING, KUNMING, HAIKOU, QINGDAO, NANCHANG, WUHAO, and CHENGDU to mention the top ten within one to three hours of arrival time in Guangzhou. The inbound flights from Guangzhou will allow for connections with arriving flights from Japan and Korea that are an important market on days SAA will not be operating from Hong Kong.
“We are confident that the introduction of this route is based on sound commercial considerations and will not only benefit SAA but South Africa as a whole as China is the largest source market in Asia. It is also South Africa’s largest trading partner in the world,” Jarana concluded.