Swedish audio streaming and media services provider, Spotify Technology is targeting 80 new markets across the world, including in Asia, Africa and the Caribbean, in its quest to grow its potential market to an estimated one billion people with the commencement of diversification of its music service to an audio service with a wider product offering, prioritizing growth in podcasts and audiobooks. 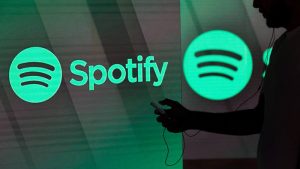 The move, as announced by the company, seeks to build on its head start as the leading audio service in the West to become the dominant player globally and will also, nearly double its geographical footprint as it will encompass regions where streaming music is still in its infancy.

Daniel Ek, chief executive officer of the largest paid music service in the world, noted that despite operating in 93 countries across the globe, the company has been slower to expand globally compared to Netflix Inc. or Google’s YouTube, partly because of the complexity of securing music rights.

He added that while the company already has more than 345 million users globally, less than 20 per cent come from Asia, Africa and the Middle East, where most of the world’s people live.

Ek noted that the timing of its audio service coincides with growing potential in markets across regions such as India, Nigeria, South Korea and Latin America where the music industries were once U.S.-centric. This, he explained, will deepen its reach towards a broader audience, further strengthening Spotify’s potential to connect the world through audio.

To boost its advertising revenue and sales, which stood at $9.6 billion in 2020, Spotify has disclosed the inclusion of new tools including an ad network for podcasts and tools for podcasters to sell subscriptions to listeners.

Investors have lauded Spotify’s latest investment in podcasts, stating that the company can generate more money from over 100 million listeners every month, stemming years of net losses from its money-losing music service.