Government-owned enterprises (GOEs) have failed to remit no less than N2.74 trillion operating surpluses to government coffers as the federal government moves curb revenue diversion by key government agencies.
The government on Tuesday announced very strict measures to significantly improved remittances by revenue-generating and collecting agencies in order to strengthen the Federal Government’s finances and avert imminent revenue crisis amidst the crash in oil price and lower non-oil revenues.
Ben Akabueze, director general of the Budget Office of the Federation, who admitted that Nigeria is currently facing serious revenue challenge which can degenerate to a debt sustainability crisis, said GOEs have failed to 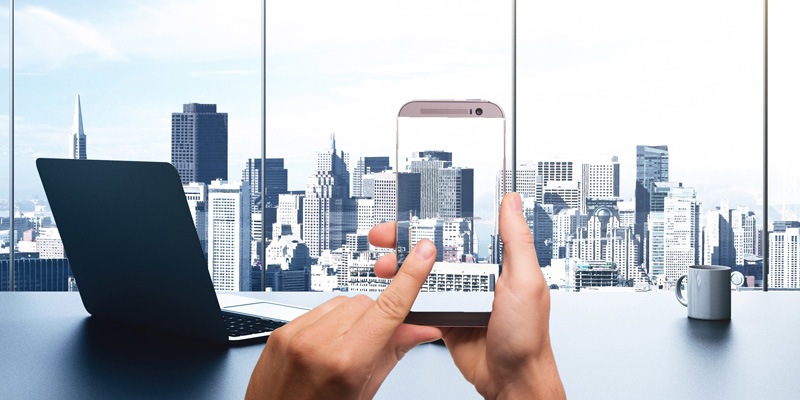 remit the bulk of their operating surpluses year on year despite over N40
billion investments on them over the years by the federal government.
Among top defaulting agencies are the Petroleum Products Pricing
Regulatory Agency (PPPRA) and Central Bank of Bank (CBN) which failed to remit operating surpluses of N1.34 trillion and N801 billion as at August 31, 2018, totaling N2.14 trillion.
Other agencies mentioned include Nigeria Ports Authority – N192 billion; NIMASA – N66 billion; Federal Airport Authority of Nigeria (FAAN) – N51.99 billion; Nigeria Postal Agency – N37.7 billion; Nigeria Communications Commission (NCC) – N30.85 billion; among others.
Akabueze announced a new framework that would ensure tighter compliance in remitting monies generated by the Government Owned Enterprises (GOEs) going forward.
The Performance Management Framework which he announced in Abuja would institute Corporate Governance enhancement practices, including performance contracts for Chief Executive Officers (CEOs) and other key Management Staff; Set financial indicators and targets for each GOE;
ensure a Monthly publication of revenue and expenditure performance for all GOEs; as well as quarterly publication of GOE’s Budget Performance.
At a town hall meeting with Chief Executive Officers of Government agencies, Akabueze regretted that despite huge sums – put at approximately N40 trillion -which the Federal Government has invested in these agencies, what they usually remitted to the Treasury in terms of dividend or surplus
at the end of each operating year is mostly insignificant.
Historical independent revenue inflows into the federation account shows that in 2015, actual revenue collection was N354.03 billion, 27.6 percent lower than the N489.29 billion budgeted; in 2016, N398.19bn was collected as against N1.505trillion budgeted; in 2017, N216.66 billion was collected as against N807.57 billion budgeted; and in 2018, N302.66billion was collected as against N847.95 billion budgeted.
He told Chief Executive Officers (CEOs) and other key Management Staff of government agencies that the continuous underperformance of their offices has made it difficult to achieve enhanced domestic revenue mobilization from operating surpluses of the enterprises. GOEs.
He admitted that Nigeria faces significant medium-term fiscal challenges, especially with respect to revenue generation as indicated by the FY2017 and Jan – Sept 2018 budget performance, adding that achieving fiscal sustainability and macro-fiscal objectives of government would require
bold, decisive and urgent action.
“The record shows that few of the GOEs declare surpluses. In effect, the Nigerian tax payers/general public have not benefited much from these investments agencies,” Akabueze said.
Out of the total projected sum of N807.57bn independent revenues in 2017, only N216.66 billion, representing 26.8 percent performance, was remitted by GOEs and revenue generating MDAs, he re-emphasised, noting that remittances and collections by Government agencies should contribute more significantly to FGN’s revenue.
Recall that concerns about financial performance of GOEs gave rise to Executive Order 2 of 2017 and the circular ref SGF.50/S.3/C.9/24 recently issued by the Secretary to the Government of the Federation (SGF).
With the Executive Order 2, President Buhari had directed that, “All agencies whether or not listed on the Fiscal Responsibility Act, shall, on or before the May of every year, cause to be prepared and submitted to Minister of Finance and Minister of Budget & national Planning, their schedule of Revenue & expenditure estimates for the next three years’.
“All Agencies shall, on or before the end of July every year, cause to be prepared and submitted to the Minister of Finance and the Minister of Budget and National Planning their annual budget estimates which shall be derived from the estimates of revenue & Expenditure as projected in their
three-year schedule.’
Akabueze noted that the situation warranted additional compliance measures and that with the Performance Management Framework, government expects a significant improvement in remittances by revenue-generating and collecting agencies in order to strengthen the Federal Government’s finances.
Another key imperative of the new framework is to bring the activities of these agencies into the budgetary framework and process and establish revenue Department in GOEs to be manned by Professional Treasury Officers from the Office of the Accountant General of the Federation (OAGF).
The framework would also ensure institutionalizing appropriate sanctions for utilizing IGR without approval or waiver from the Budget office.
It would also be deployed to consolidate at least the major agencies in the fiscal forecasting, budgeting and financial reporting of the FGN in order to make the process more transparent and inclusive Akabueze said the new framework would also institute expenditure controls, including issuance of Finance Circulars to limit allowable expenses, frequency of board meeting, and other wasteful practices.
He said annual GOE capital budgets may be mainstreamed into the Federal Government’s Capital Budget in order to ensure that they are subjected to the same level of scrutiny, procurement and monitoring processes.
According to the head of budget office, “It shall be mandatory for all GOEs to use the Treasury Single Account (TSA) for all financial transactions.
“Quarterly remittance of interim operating surplus by the GOE shall replace the annual remittances while cumulative remittances at the end of the year will be reconciled to amount due after audit,” he stressed.
“The Accounts of GOEs shall henceforth be audited within four(4) months after the end of each financial year.
“The computation of the operating surplus shall be reviewed to allow the
deduction from the agency’s revenues of only operational expenses, wholly,
reasonably and necessarily incurred in its operations,” he added.
There would also be the mandatory submission of annual budget for review
at the Budget Office of the Federation and to be submitted to the National
Assembly by the President along with national budgets, while consideration
and passage of budgets of GOEs should be scheduled with the rest of the
annual national Budget.
He further noted that as part of the reforms and to achieve outlined
objectives, legislative action may be required in the medium term,
including amending relevant sections of the Acts establishing some of the
GOEs to reflect economic realities and policy thrust of government.
He mentioned, for instance that some establishing Acts, empower the Boards
of agencies to serve as final approving authorities over their spending
plans, while some others appear to have been precluded from the