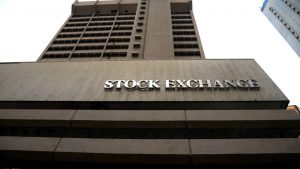 Also, the end of trading saw the NSE 30 Index increase by 0.21 percent to close at 1,594.36 points from 1,591.08 points recorded on the previous day. Market turnover closed with a traded volume of 157.96 million units. United Bank for Africa (UBA) and Unilever Plc were the key gainers, while Stanbic IBTC and Ecobank were the key losers.

In the currency market, the Naira depreciated by 0.06 percent as the dollar was quoted at N412 from N411.75 at the NAFEX segment of the FX market while the parallel market rate closed at N502 per dollar. Most participants maintained bids of between N394 and N420.97 per dollar.

The NT-Bills secondary market closed on a flat note, with the average yield across the curve remaining unchanged at 6.35 percent. Average yields across short-term, medium-term, and long-term maturities closed flat at 4 percent, 5.56 percent, and 8.42 percent, respectively.

The FGN bonds secondary market closed on a mildly positive note on Wednesday as the average bond yield across the curve cleared lower by 1 basis point to close at 9.86 percent from 9.87 percent on the previous trading day. The average yield across the long tenor of the curve declined by 7  basis points. However, the average yields across the short tenor and medium tenor of the curve remained unchanged. The 24-JUL-2045 maturity bond was the best performer with a decline in yield of 31  basis points, while the 27-MAR-2050 maturity bond was the worst performer with an increase in yield of 8  basis points.