Investors in the nation’s stock market lost a total of N5228bn in the last three consecutive days of trading on the floor of the Nigerian Stock Exchange. 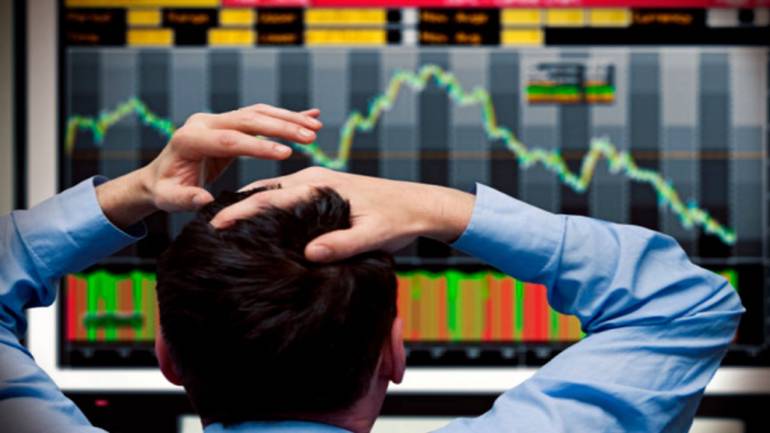 The market capitalisation, which opened the week at N11.672tn, shed N205bn to close at N11.467tn on Monday and lost N114bn on Tuesday to close at N11.353tn.
On Wednesday, the market capitalisation of equities listed on the NSE shed N209bn to close at N11.144tn, bringing the total losses since the beginning of the week to N528bn.
The All Share Index shed 1,372.69 basis points in the three days to close at 29,268.73bps on Wednesday, which worsened the year-to-date loss to -5.6 per cent.
However, activity level improved as a total of 542.580 shares valued at N5.663bn exchanged hands in 4,146 deals, which represents a 44.1 per cent and 24.8 per cent increase in volume and value traded, respectively.
The top five trades by volume were Sterling Bank Plc (144.189 million), First City Monument Bank Plc (68.722 million), FBN Holdings Plc (55.016 million), Zenith Bank Plc (35.702 million) and Access Bank Plc (35.404 million), while the top five trades by value were Guaranty Trust Bank Plc (N1.1bn), Nestlé Nigeria Plc (N851.1m), Nigerian Breweries Plc (N778.3m), Zenith Bank (N739m) and FBN Holdings (N415m).
The NSE said in a circular on Wednesday that scheme shares resulting from the merger between Access Bank and Diamond Bank Plc, which were not available for trading on April 2, 2019 due to operational reasons, were made available for trading on Wednesday, which brought about an increase in the amount of Access Bank shares traded.
Sectoral performance was largely bearish as only two out of five indices advanced.
The consumer goods index advanced the most, reversing Tuesday’s losses by 1.20 per cent on the back of buying interests in Nestlé and Nigerian Breweries, while the oil and gas index trailed by 0.3 per cent as upticks in Oando Plc inched the index higher.
On the flip side, the banking index declined the most, dipping further by 4.59 per cent due to sustained losses in United Bank for Africa Plc, GTB and Zenith Bank while the industrial goods index trailed, inching southwards by 4.42 per cent following losses in Cement Company of Northern Nigeria Plc and Cutix Plc.
The Insurance index declined by 1.24 per cent following major sell-offs in AIICO Insurance Plc.
Investor sentiment further declined to 0.3x from 0.4x as only eight stocks advanced against the 26 stocks that declined.
The top five gainers were Nigerian Breweries, Cornerstone Insurance Plc, Sovereign Trust Insurance Plc, Sterling Bank and Nestle, which saw respective gains of 5.45 per cent, five per cent, 4.55 per cent per cent per cent per cent per cent, 3.77 per cent and 3.57 per cent.
The top five losers were Access Bank, Chi Plc, AIICO Insurance, Cement Company of Northern Nigeria and Neimeth Insurance Plc, whose share prices shed 10 per cent, 10 per cent, 9.86 per cent, 9.75 per cent and 9.68 per cent, respectively.
International Breweries hit its lowest level in 21 months, as its share price dropped by 9.62 per cent to close at N23.50.
The company’s share price dropped to N24.19 on June 2, 2017, after which it climbed to a five-year high value of N64 on January 26, 2018.
Analysts at Afrinvest Securities Limited said, “We expect the less than stellar performance of the equities market to continue in Thursday’s session in the absence of any positive development that could upturn market performance.”