Stanbic IBTC pulled out of the Bureau de Change (BDC) business following what it described as stringent regulatory changes and harsh business environment in the market. 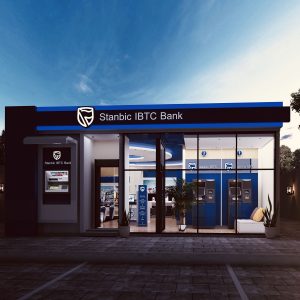 Lack of liquidity in the currency market and heavy-handed interference by sector regulator, the Central Bank of Nigeria (CBN) has kept the BDC segment on edge, especially with attention focused on naira exchange rate across different windows of the market.

Stanbic IBTC Holdings, the parent company for all the subsidiary businesses, announced the discontinuation of its BDC subsidiary known asStanbic IBTC Bureau De Change Limited with ChidiOkezie, the company secretary, signing a disclosure statement to the Nigerian Stock Exchange, with effect from January 1 2021. The bank revealed that the purpose of the discontinuation is to repurpose the subsidiary for other ventures in the near future.

“The discontinuation of operations of the BDC business was primarily driven by changes in regulations, which now affords customers with the opportunity of purchasing foreign exchange (PTA and BTA) directly from Stanbic IBTC Bank at any of its branches nationwide. The intention is to repurpose this subsidiary for other business venture in the near future and stakeholders would be duly notified when all engagements have been concluded in this regard,” the statement reads.

The decision by the full-service financial services group to relinquish its Bureau De Change business can be hinged on the fact that the BDC market has been facing a war of repatriation of the local currency, as well as ongoing sabotage in the sector despite several policies introduced by the apex bank to tackle the cases of foreign exchange sabotages in the bureau de change market.