Efforts to harmonise right of way (RoW) charges for deployment of broadband infrastructure across states in the federation are in top gear as stakeholders’ engagements continue. 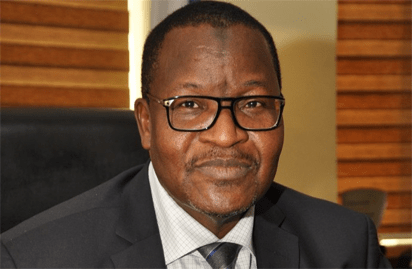 Some state governments have reportedly inflated the charges endorsed by the national executive council (NEC) for laying of fibre optic cables across their states from N145 per linear metre to as high as N6,000.

As Pantami and Danbatta recently met with Fayemi in Abuja, industry observers shared their sentiments that the meeting may not be unconnected with the trending controversy around RoW charges by state governments in the country.

Although, industry watchers unanimously held that the meeting of the trio bothered on right of way charges in the light of recent developments around the issue, they await the full details of their discussions and likely resolutions, which could not be obtained yet as at the press time.

Just a day before the meeting, the minister had expressed displeasure with state governments in Nigeria for violating agreements on RoW for rollout of telecoms infrastructure in the country by broadband Infrastructure Companies (Infracos).

He explained that in 2013, NEC set up a committee comprising state governors and ministers to review the issues of RoW multiple taxations in the telecommunications industry in Nigeria and its impact.

The committee, after extensive and wide-ranging consultations, resolved to harmonize the taxes applicable to broadband-related activities and streamline the taxation management processes across the Federation, according minister said.

“Specifically, to deepen broadband penetration for the social and economic development of the country, the committee agreed to the uniform Right of Way (RoW) charge of N145.00 per linear meter of fibre.

“It may also be recalled that in October 2019, we had written to all the state governors, drawing their attention to these resolutions.”

Pantami said that the FG had also solicited governors’ support and collaboration towards the realisation of the National Digital Economy by fast-tracking the deployment of broadband infrastructure for the provision of affordable internet services to underserved and unserved areas.

“Furthermore, the World Economic Forum revealed that 60 per cent of the global economy is expected to be digitised by 2022. With the renaming of the Federal Ministry of Communications to Federal Ministry of Communications and Digital Economy as well as the unveiling of the National Digital Economy Policy and Strategy by Mr President, we are on the path of realising the potentials of the digital economy.

“It is, however, disheartening to hear that some states have decided to disregard these resolutions and have, in some cases, increased the RoW charges by over 1,200 per cent. This will no doubt impact negatively on the efforts being made by the Federal Government.

The minister therefore called on all state governors, especially those that have made public their decisions to increase the RoW charges, to reconsider their decisions in the interest of Nigerians as well as for the socio-economic growth and development of the country.

“We also draw their attention to the fact that these decisions, if implemented, will result in an increase in the costs of operations of the telecoms operators which will naturally be passed to the consumers,” the minister cautioned.

As Row currently remain at the front burner in the industry, the association of telecommunications companies of Nigeria (ATCON) has also berated the state government to soft pedal on how they charge operators on rollout of facilities meant to improve service quality.

In a related development, Olusola Teniola, ATCON president, said that the recent hike in cost of RoW by some state governments and agencies is unnecessary, adding “it will be counterproductive and slow down broadband development in the states.”

Meanwhile, the operators have reiterated that rather working against each others’ interests, they are ready to work with the various State Governments and agencies in providing an enabling environment for the establishment of more telecom and ICT companies in the states.

The operators under the aegis of ATCON further advanced reasons to justify its position on the matter.

ATCON said “Our members, which are principally telecom and ICT companies rely heavily on the State governments and its agencies to make policies that promote further investment.

“Such policies which would lead to building more telecom infrastructures that are needed by the citizenry, governance and businesses to deliver hitch free broadband services but with the recent upward review of the RoW, this might be difficult to achieve.

“We therefore appeal for a reversal of the cost back to what is being charged before.”

ATCON further stressed that the socio-economic development of the state is not mutually exclusive to broadband infrastructure development.

“Our Association is aware that the state governments are passionate about improving life expectancy, literacy, and increase level of employment in their respective states.

“With friendly business environment for telecom companies, all these goals can be achieved on the condition that the RoW charges are not inimical to the spread of broadband infrastructure development.

The association, having justified it points for the reversal of the cost of RoW, said it would continue to engage the state governments as ATCON remains committed to contributing it quota to the development of the states.