Raw sugar futures on the Intercontinental Exchange (ICE) slipped to a near two week low at the end of the week’s trading activities as fears over global inflation and the fast spreading Omicron coronavirus variant disrupted global markets. 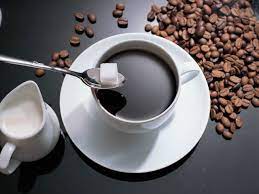 Production data gleaned from industry group, Unica, showed that Brazil’s center-south 2021/22 sugar output is expected to stand at 32 million tonnes, down from about 38.5 million tonnes in the previous cycle, as adverse weather conditions hit the current sugarcane crop.

According to a report from Conab,the country’s market research agency, Brazil’s coffee crop reached 47.7 million 60-kg bags this year, down 24.4 per cent from the record output seen in 2020.

Latest report from the International Cocoa Organisation (ICCO),  showed that conducive cocoa growing conditions that prevailed in West Africa were likely to favour the good development of the crops in the region, and thereby result in plentiful supplies of cocoa beans.

This amplified thoughts that the global cocoa production could lead to another supply glut for the ongoing cocoa year. On the other hand, the rapid increase of new cases of COVID-19 contamination worldwide due to the variant Omicron raised concerns over new restrictions that in turn, could negatively impact supply of the crop.

In a nutshell, current market conditions suggest that, while meteorological conditions are supportive of another big crop output for the 2021/22 cocoa year, demand for cocoa is threatened by the resurgence of the COVID-19 in major consuming markets.