Sugar futures fell from a 10-year high on the Intercontinental Exchange (ICE) on Friday as traders weighed bearish sentiment against signs of tight near-term supplies in top producer Brazil. 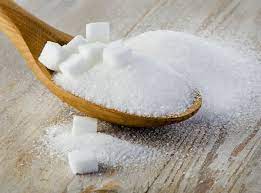 According to preliminary information from sugar traders, deliveries of refined white sugar against the expiry of the ICE October contract were seen at about 224,000 tonnes, way below the average delivery which is over 230,000 tonnes.

Market dealers observed that October white sugar expired at a huge $79.80 premium to December and this, plus the relatively small delivery, indicated tight near-term supplies. They further explained that white sugar stocks have been depleted in some major importing countries while Indian exports remain low, with dealers concerned that domestic prices in India are above global market prices.

As it stands, analysts also noted that the sweet commodity is in need of exports from India, a leading producer and exporter of white sugar, due to tightening supply in the global market.

Meanwhile, the India government has announced that it will allow 5 million tonnes of sugar exports in the first tranche for the new marketing year beginning in October and could allow another 3-5 million tonnes later in the year.

Asides the drop in coffee prices, there are growing concerns that the soft commodity is likely to be hit by supply constraints as a result of poor harvests in top producer Brazil.

Carlos Augusto Rodrigues de Melo, president of  Brazilian co-operative Cooxupe, said there are expectations that coffee exports in the country would decline in the first half of 2023 after a smaller-than-expected 2022 harvest in the South American country.

On a similar trend, cocoa futures traded lower as December New York cocoa CCc2 was down 1.1 percent to $2,343 a tonne, while December London cocoa was little changed at 1,846 pounds a tonne.