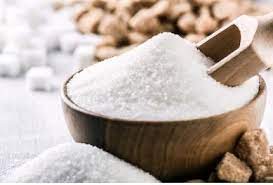 According to dealers, rising energy prices tend to prompt cane mills in top producer Brazil to lower sugar output in favour of ethanol, a cane-based biofuel.

They added that rising oil prices could impact production strategies at Brazilian mills, shifting some cane allocation to ethanol and away from sugar if gasoline prices rise as well.

There was also talk of rains in Brazil hurting the pace of harvesting and threatening to cut sugar production in the season.

Dealers noted that Sterling’s decline boosted cocoa prices denominated in the British currency, though it has since recovered somewhat. They added that technical chart signals are bullish for London cocoa for now.

Dealers stressed that Arabica has come under pressure as rains in top producer Brazil have improved the outlook for next year’s crop, though near-term supply tightness is underpinning prices.

Market data showed that Colombia’s coffee production this year is set to fall to an eight-year low of around 12 million 60 kg bags, with a drop in plantation renovations and in the use of fertilisers leading to potential problems for future crops.

Also lending support to coffee prices is the report that top robusta producer Vietnam’s coffee exports in September were down 17.8 percent month-on-month. However, the country exported 13.1 percent more coffee on an annual basis in the first nine months of 2022.