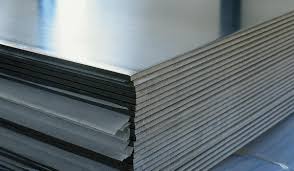 Aluminium touched its highest price in more than three months on Thursday, supported by concerns over potential shortages after the world’s biggest producer of alumina announced a shutdown.
Three-month aluminium on the London Metal Exchange gained two percent to $2,250 a tonne in official open outcry trading, having touched its highest since June 14 at $2,267.
Gains were stretching into a fifth session after a 4.2 percent jump on Wednesday for its largest one-day gain since April.
LME zinc dipped briefly after daily LME data showed inventories rose 5,100 tonnes to 203,675 tonnes, but the price recovered to trade up 0.5 percent in official rings at $2,664 a tonne.
LME copper climbed 0.7 percent to $6,312 a tonne in official trading then went on in later electronic activity to hit a peak of $6,393.50, the highest since July 10.
It got support after major miner BHP said that China’s overseas expansion could boost copper use by 1.6 million tonnes, roughly seven percent of annual demand.
Automotive aluminium demand is set to more than double by 2025, driven by surging growth in Asia, a senior executive at Novelis Inc, the world’s largest maker of rolled aluminium products, said on Thursday in a report seen by business a.m.
The metals market seemed to shrug off a firmer dollar, which held at a six-week high on Thursday as an overnight jump in U.S. Treasury yields prompted investors to add long bets in the greenback against higher-yielding and emerging market currencies.
Appetite for the metal at lower prices helped gold shrug off a surge in U.S. Treasury yields to their highest since mid-2011, which pulled global bond yields higher on Thursday and supported the dollar near six-week highs.
“There is some balance with central banks buying gold quietly and individual investors and hedge funds trying to sell gold,” Hussein Sayed, chief market strategist at FXTM said.
“Gold is steady around $1,200 levels, which shows that the market is trying to put a floor on price,” Sayed said, adding that higher U.S. Treasury bond yields were a negative.
Stronger Treasury yields typically weigh on precious metals, as investors seek assets that earn a return as opposed to gold which earns nothing and costs money to store and insure.