Nigeria’s currency, the Naira, for many years, was a legal tender of note and high value by all standards, especially in its relative ratings against many world currencies, particularly the US dollar and the British pound. Its exchange rate to other internationally traded currencies used for transnational transactions in years past has been a relatively heavy weighted legal tender. But, lately, it has woefully fallen uncontrollably, and continues to tumble at abysmally low rate, resulting in grave loss of value.

As a legal tender used in facilitating exchange of goods and services, the situation of the naira is traceable to the actions and inactions of the managers of the economy by its lack of productivity shown in its low gross domestic product (GDP). For a country that operates at a very poor national output level, this local currency isn’t in good standing to compare favourably against its contemporary foreign counterparts because it is not justifiable by productivity to measure the value of items in the countries with high GDPs by Nigeria’s Naira.

There was a time in the history of this country when a US dollar ($), which exchanges today at the parallel market for well over N710, used to be at N0.48 (or put better, at 48 kobo to ONE DOLLAR). Today, the economic downturn and recession being experienced by the general public with high inflation in the system, have numerous other identifiable root causes. These are linked to the production of numerous local farmers, artisans and genuine entrepreneurs (all grouped in the private sector) earnestly yearning for protection by a government created enabling environment, with provision of vital infrastructure that should make them perform better and optimally. Money is a commodity generally accepted as a medium of economic exchange for goods and services (expressed in form of prices and values of products) that allows the general public to obtain what they need to live, on a daily basis. With the naira’s function as a unit of account, the impact and repercussion of the age-long activities of poor governance through negligence and lack of political will to support the private sector to stand firm and drive the economy for optimum performance, manifests in this noticeable form and the current very poor state of the local currency. This clearly is the result of the corrupt practices shown in the visible lack of governance accountability and financial transparency by those in authority. 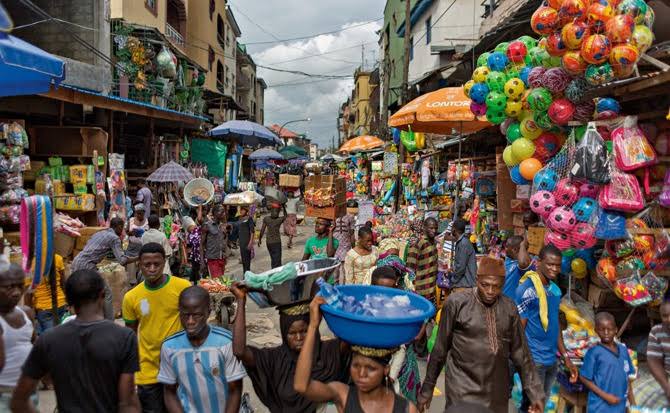 The issue of instituting the right structure and policies that can drive the right actions is not the problem here, but implementation and execution. The public service, for instance, needs to be sensitive whenever the private sector, which should drive economic growth, is facing challenges that require prompt attention by the right economic policy to be put in place, or of any economic tool of the government that may need to be adjusted (either monetary or fiscal policies).

In a recent interview on a television programme titled, “Addressing Nigeria’s Economic Challenges”, professor Oyebanji Oyelaran-Oyeyinka, senior special assistant (SSA) on industrialisation to the president of African Development Bank (AfDB), repeatedly identified that, “the real source of growth is manufacturing,” and further stated that, the “factory is a centre of creativity.” No economy can actually survive by not taking the activities of those in the private sector seriously. This is because the private sector forms the core economic growth wheel. In most cases, the local investors (who are the engine block of economic growth) may not necessarily need any direct financial assistance but mere voiced-out government policies that can favour their operations and activities (an economic incentive through taxation in fiscal policy is an example). Another good example is import waivers on machinery or imported raw materials for manufacturers (just to encourage the local investors in the manufacturing sector). The economy does not need the interest rate to be high before the central bank (for instance) can finance the agriculture and health sectors that are critical for rapid growth.

Ultimately, security is the mother of all the needed tools that will work towards achieving a commendable national economic efficiency. This is because, without an effective security apparatus to fight the growing security and other rising criminal challenges in some parts of the country, no visible economic progress can be recorded. The people in authority need to stamp out insecurity if any expected growth is to take place in the economy. Every machinery that ought to be deployed for the purpose of improving the economy and making it work, should be patriotically and genuinely applied. The bad shape of the economy can actually be improved, if conscientiously pursued by those in authority. And for sure, the economy will eventually work (all things being equal)!