Fixed-income analysts say they expect trading to kick off this week on a mixed note, as there are no catalysts to alter the usual sentiment in the market. In addition, the constrained level of system liquidity is expected to weigh on activities in the OMO and Nigerian Treasury Bills markets respectively. 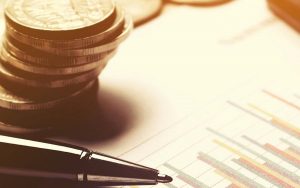 Going into the week, the naira is projected to trade relatively calmly across various segments of the currency space as the apex bank continues its interventions in the foreign exchange market. However, last week, the local currency appreciated significantly by 50 kobo week on week against the United States dollar to close the week at N416 per dollar at the investors and exporters’ window while most participants maintained bids at between N410 and N444 per dollar. Meanwhile, market activities rose 17.7 percent from last week to N736.8 million.
At the FMDQ Securities Exchange (SE) FX Futures Contract Market, the total value of open contracts inched higher by 0.2 percent week on week to $5.4 billion. In the muted trading week, only the DECEMBER 2022 instrument with a contract price of N436.88 saw buying interest as its total value rose 10.3 percent week on week to $107.2 million.