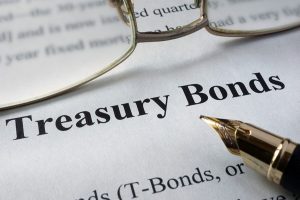 As investors continue to favour long tenored treasury bills over shorter tenors, analysts say they expect higher rates to be sustained into this week’s trading especially as a total of N182.2 billion T-bills maturity is expected to hit the system with the same amount planned to be rolled over in 91-day (N5.4bn), 182-day (N8.4bn) and 364-day (N168.4bn) maturities.

Activities at the treasury bills market were bearish as market players sold off aggressively on the back of expectation of further rate hikes at the OMO auctions. Consequently, average yield rose by 208 basis points week-on-week to 14.43 percent.

Following the Treasury bills auction on Wednesday, system liquidity opened Thursday at N384.0 billion, notwithstanding the OMO maturity of N240.6 billion that hit the system, while the open buyback (OBB) and overnight (OVN) rates inched higher to 10.3 percent and 11.1 percent respectively.

The week on week drop in liquidity influenced the OBB and OVN rates, which eventually closed the week at 10.7 percent and 12.0 percent respectively.