Large numbers of analysts, business people, investors, civil servants, and the media, among others, pay special attention to the federal government’s expenditure proposals each year. A primary motivation for the engagement is to identify how the federal government’s proposed expenditures would positively or negatively affect their prospects. Investors and businesspeople carefully pore over the numbers and study the direction of proposed spending to distill where the opportunities are while leveraging the same information in their forecasts and plans. When entrepreneurs benefit substantially from such knowledge and profit more, the host subnational governments also earn more revenue. The Internal Revenue Service, like business people and investors, can also directly benefit and, therefore, should consciously and meticulously scavenge revenue-optimising opportunities within the federal government budgets. Of course, the Federal Inland Revenue Service would typically do the same when subnational governments create the enabling environment for sprouting more corporate profit-making organisations. Therefore, regardless of fiscal federalism and independence, each tier of government has something to offer the others in revenue generation. But federal spending programmes attract more attention because they mainly cut across the country. For instance, any federal government project resulting in additional employment creates additional personal income tax prospects for the state. But many more revenue-optimisation benefits can come with a single project or programme that the federal government decides to cite in a state or local government. 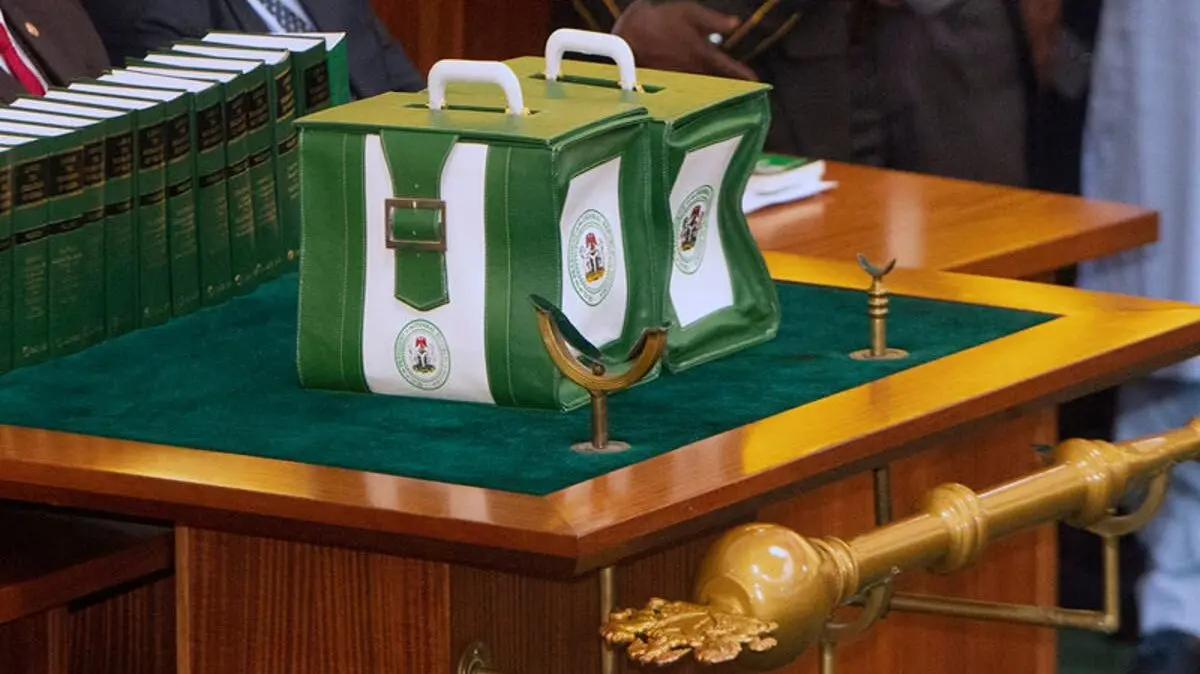 The federal government’s capital expenditures, thus, drive independent revenue expansion of subnational governments directly in a form that immediately yields revenue, and indirectly, through expanded economic activities. The already cited example explains the direct effect. To further expound, let us assume that the federal government proposes to set up an expansive fertiliser manufacturing plant in Cross River State. The project implementation value chain would require acquiring the land for the project first. This action would result in obtaining a land occupancy certificate from the state government. In addition to that would be the survey, planning, and building approval fees where they apply. Of course, all contractors on the project would also register with the state government. Again, all the construction vehicles may also need licensing in the state where necessary. The list of opportunities directly created by such expenditure propositions can be lengthy but requires the subnational government’s smartness to identify and exploit them fully. This class of derivatives is the direct benefit. On the back of these immediate revenue-generating opportunities are expanding economic activities that result in taxable incomes and assets from those who benefit. For instance, such a hypothetically big project would employ several hundreds of people during the construction and operation phases. Some embedded businesses may also spring up to serve the project’s needs. This second group creates indirect revenue yielding benefits exploitable by subnational governments. Beyond construction projects are several programmes of the federal government that directly improve the business environment at the subnational level resulting in expanded revenue generation. Although not based on known data, the Trader Moni programme of the federal government, for instance, ought to have lifted the prospects of several beneficiary traders. Yet, it is not clear how well most internal revenue services exploited those advantages.

A key takeaway from this is that state economic managers must not only pay attention to the proposed expenditure programmes of the federal government but must proactively influence and attract a reasonable number of projects and programmes of high quality. Politics cannot be separated from economics. Great state governors must be good lobbyists who understand the needs of their state and take all the steps needed to influence the citation of projects and programmes that address them. Analogously, the federal government is like a father or big brother that kids younger can woo, win their attention and get their needs solved. Typically, state governments led by people in the same political party as the president of the country, find it much easier to walk this lane. Concurrency in fiscal federalism has also helped as the federal government can intervene in projects and programmes where the states can provide a fertile ground for cooperation. With robust lobbying strategies and stamina, progressive subnational governments can attract juicy revenue-yielding projects to their states. Confrontational governors may have their fingers burnt, as was the situation in 2005 when the federal government seized the funds belonging to local governments in Lagos State. Perhaps it would not have turned out the way it did had  Tinubu and Obasanjo belonged to the same political party, notwithstanding that many analysts believe that it was that frustration that catalysed the rapid expansion of Lagos State’s IGR.

Furthermore, imagine a state without a significant river or sea lobbying for a seaport or with historically low school enrollment rates and low WAEC performance seeking a second federal university. Yet, hundreds of such unsustainable federal government projects are scattered across the states, neither benefiting the federal government that cited it nor the state government that is the host. Sustainability and viability criteria are critical in initiating lobbying overtures for federal government presence. That is also why there are so many lingering and abandoned projects. Ideally, state government lobbyists must carefully study the needs of their citizens and how their inherent economic advantages would sustain the project and make it viable for the benefit of all stakeholders. For instance, a state with a significant maritime endowment can lobby for the federal government to cite a seaport, a naval base or a shipping academy. The citation of the University of Agriculture in a state like Benue, with extensive agricultural enterprises is essential for strengthening that inbuilt advantage.

Federal government projects and programmes can occur in any state, with or without a prior lobby. Therefore, while it is an intelligent thing to do, it is not necessarily mandatory. But in all instances, the state government, particularly its Internal Revenue Service, should have a project/programme tracking mechanism to identify these opportunities upon implementation. To make a success of this, the IRS or whichever unit has this responsibility needs to understand how to scan budget details for revenue opportunities. Detailed budget expenditure documents can be voluminous, sometimes with many recurring items and figures that can be intimidating too. The technical skills required to understand expenditure categories, the nature of constituent items and the reading of varieties of subheadings, and the ability to extract and analyse numeric data will be helpful. Secondly is a need to represent information extracted as debatable insights within the team to determine the size of opportunities and the corresponding level of attention that each may deserve. Key considerations at this point will include project size, the size of taxable revenue realisable from it, and the commencement period and implementation timeframe. These details are essential for planning, monitoring and tracking revenue opportunities from federal government projects and programmes within the state.

The third step is to develop an appropriate tracking framework to know when the implementation of the project/programme commences and how to realise revenue opportunities at every point in the evolving phases. For instance, for a project requiring a large expanse of land, revenue from land approvals, surveys, building plans, and certificates of occupancy should ideally come first. The tracking shifts to contractors, subcontractors, their employees and equipment, depending on the possible size of the realisable tax and nontax revenues. Essentially, the tracking framework presents the team with a comprehensive checklist of opportunities in the life of the federal government project.

Fourthly, it is vital to train and designate the team with this responsibility adequately. Performing this responsibility can be pretty challenging and will require people with the capacity to identify more opportunities beyond documented content and report them lucidly for further action. This training is equally necessary to prevent teams from spending unneeded time currently on projects and programmes whose revenue prospects will likely mature in the far future.

State governments may guard against some petulant issues to benefit optimally from these opportunities. The first is the inter-state coverage of some projects. Although this challenge only occurs in projects like road infrastructure, it is worth avoiding. Often the challenge is primarily about sharing revenue opportunities. For instance, trapping revenue opportunities on a road that cuts through Ondo to Edo from Lagos with its core contractor based in Lagos may be slightly challenging. Both Ondo and Edo states will be interested in receiving a portion of the opportunities. Teams usually must recognize such challenges in advance and work with contractors to determine the share of each subnational revenue stakeholder. The second issue concerns lingering or virtually abandoned federal government projects. For whatever underlying cause, sluggishly progressing or completely abandoned projects are a loss to the federal government and the subnational government hosting it. This challenge is also where state governments’ political sagacity and proactivity become extremely important. Progressive-minded governments ideally should follow up proactively to ensure the timely rescheduling of such projects for adequate funding in the next budget plan, either supplementary or full.

Finally, albeit the fiscal independence of both tiers of government, states have substantially ingrained revenue growth opportunities within the federal government’s paternal umbrella. Many of these opportunities fade into thin air because of insufficient attention to details of its spending plans and the lack of adequate capacity to carefully track and monitor the project and programme implementation for revenue harvesting. Apart from these direct opportunities are the vast benefits for entrepreneurs’ investment decisions and confidence. Understanding the federal government’s expenditure programmes facilitates investors’ decisions. Consequently, they can better know where the landmines lie and have the confidence to design plans that lead them to better profitability prospects. On the aggregate, their successes feed into subnational governments’ revenue expansion. As already explained, subnational governments desirous of tapping into these opportunities must also build adequate in-house technical competencies for identifying and following through. Most importantly, the governor’s executive team must also be at the forefront of strategic lobbying for proactively winning the citation of juicy and quick revenue-yielding projects in their states.