The next Imo State governor has an uphill task ahead of him and his team. First of all, I do not care where he comes from – whether from Owerri, Okigwe or Orlu senatorial zone. All I care for, is that he must show that he has a strong knack to develop the state that has been run down by Rochas Okorocha’s befuddled administration. Economy, infrastructure, and private sector participation should be his major policy thrust. And these require immediacy. He should quickly wean himself from political party politics, once he is sworn in, and concentrate on rebuilding the Imo economy, with an estimated gross state product (GSP) of over $18 billion. Today, the state grapples with severe and complicated unemployment rate (the highest in all of south-east geopolitical zone), fallen and decrepit educational system, ala Okorocha ‘free education,’ disappearance of the middle class, rundown civil service structure, absence of healthcare, and highly dilapidated infrastructure. The Rochas eight-year administration succeeded in leaving Imo in want, deprivation and indebted. 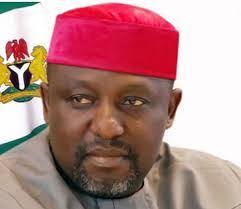