Edmund Eje, the general manager, market operations, Transmission Company of Nigeria (TCN), has identified the funding structure sourced by investors in the electricity distribution companies (DisCos) as a major clog in the wheel of the electricity supply industry in the country. 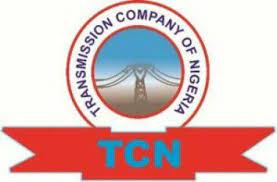 According to Eje, DisCos used short term funds for long-term investments and that this was one of the major challenges the industry is faced with in the country.

He made it clear that the illiquidity within the system was triggered by that singular mistake, arguing that the industry had moved away from a tariff gap, which he said is a normal occurrence in every market within intervals, due to the movement of some macroeconomic indices, to what he termed a “market gap”, stating that despite this forcing the federal government to assist with a number of subventions to the tune of about N1.5 trillion injected into this business that had earlier been privatised, the funds have failed to reflect in terms of increased supply.

Eje also alleged that the power distribution companies were sold to investors lacking sufficient capital, who now went ahead on a borrowing spree from banks to enable them gather sufficient funds, thus creating a pathetic situation of battling to repay those loans, instead of strengthening their networks initially.

According to him most of the acquisitions were done through credit loan, noting that these loans became a very staggering weight on some of the DisCos. He added that this prevented some of the DisCos from reducing ATC&C because their first charges became bank charges, but that they started very well.

“If they had enough equity to start with, enough capital, they would have done a lot to strengthen the network. It was not so in Nigeria because of funding. We will not say funding generally because it is a private business,” Eje stated.

He dismissed suggestions blaming government for not funding, noting that people cannot say the government did not fund because it was no longer government business. “Individuals and groups that bought these utilities needed to fund them themselves. I can’t remember that we funded generation because it is a private entity. So, the problem started at this point and since the market started widening, the DisCos resorted to reducing their invoices monthly and this affected the amount of energy they will take.

“But as the generator is generating, the transmission is transmitting or evacuating and the consumer gets it. Any imbalance between these three causes a lot of friction, especially when they DisCos drop load for whatever reason,” Eje explained.

He also noted that this has led to problems for the transmission company which struggles to stabilise the system each time an imbalance pops up.

But Wunmu Olukoju, chief financial officer, Ikeja Electric, identified electricity theft as one of the greatest obstacle faced within the industry.

“With respect to internal funding, there are two major issues. One is energy theft by consumers and we have two groups of people.

“There are customers who steal electricity and are using energy. These ones who do not pay and then they are averse to payment. We are seeing an environment where people say that the government should subsidise electricity. So, there are a lot of people whose psyche haven’t changed.

“Because of the kind of people that we have, even when you meter, you still see them stealing power by bypassing the meters. So, that has affected the ability of DisCos to generate internal funds,” she opined.