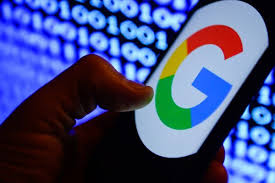 The report called for an overhaul of the U.K.’s competition rules and the creation of a new regulator.
It stopped short of saying big tech companies to be broken up, an idea proposed last week by U.S. presidential candidate Sen. Elizabeth Warren.
Tech companies like Google, Facebook, Amazon, Apple and Microsoft are stifling competition and innovation and should be subject to new antitrust rules, a new U.K. government report on Wednesday said.
The 150-page document, commissioned by Britain’s finance minister, said the U.K.’s competition rules “must be updated for the digital age” to increase consumer choice and give users more control over their data. The report stopped short of calling for big tech companies to be broken up, an idea proposed last week by U.S. presidential candidate Sen. Elizabeth Warren.
“The digital sector has created substantial benefits but these have come at the cost of increasing dominance of a few companies which is limiting competition and consumer choice and innovation,” said Jason Furman, former chief economic advisor to ex-President Barack Obama, who chaired the group behind the report.
The panel called for the creation of a new regulator called a “digital markets unit” to implement and enforce pro-competition rules. The unit would force big companies to share users’ personal data with competitors, while consumers would be allowed to move their data to a new social network “without losing what they have built up on a platform.” The report also recommended establishing a “code of conduct” that would apply to big tech companies.
“These pro-competition tools offer a better, more targeted, more pro-business and pro-consumer solution to fostering competition in digital markets than one based upon changing antitrust law to drive breakup or structural separation of dominant businesses,” the report said.
Regulators around the world are increasingly weighing measures to curb the market power of big tech companies. Last year the European Commission, the executive arm of the European Union, imposed a record $5 billion antitrust fine on Google for abusing its dominance with Android software on mobile devices. The commission is currently investigating Google for antitrust practices in its advertising business.
Last week, France unveiled a 3 percent digital tax on big internet companies, while Germany’s antitrust watchdog said in February it would impose restrictions on how Facebook gathers user data. India imposed new restrictions on e-commerce giants including Amazon and Walmart last month.
The U.K. government report found that Amazon, Apple, Facebook, Google and Microsoft have made more than 400 acquisitions globally over the last decade. It suggested competition authorities have not been strict enough in blocking and attaching conditions to the mergers.
Sen. Elizabeth Warren said last week regulators should be appointed to undo what she called “anti-competitive mergers,” like Amazon’s purchase of Whole Foods and Facebook’s acquisition of WhatsApp and Instagram.
“It appears that some of these acquisitions have been of platforms and other companies that could have provided much-needed competition in these concentrated markets,” the U.K. report said.