The Nigerian music industry is filled with some awesome artists like Tekno Miles. He is one of the biggest musicians in the country and his discography has been critically-acclaimed. Let’s look into how Tekno became one of the most popular musicians in Nigeria. 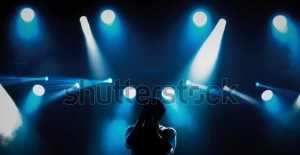 Tekno had a solid foundation for his musical career

During his youth, Tekno was raised in different spots around the country because his father was a member of the Nigerian army. This meant that Tekno was integrating himself across many cultures. This was huge for Tekno because he managed to accrue tons of culture that he has been using in his career.

He knows how to blend cultures from different parts of Nigeria which is crucial to how he has created his music. Tekno can write music about these experiences but his musical style lives up to his upbringing because you can see how much Nigerian culture is ingrained in how he creates music.

Tekno Miles also had good training with musical instruments which has helped him produce his music properly. He had a good time learning how to play the piano and guitar which have been crucial for his musical experiences during his youth. Now, he has worked hard to improve from that time as he grew older and became the best artist possible with that foundation.

Tekno had a unique path to musical stardom

Back in 2012, Tekno was spotted by prominent Nigerian comedian Julius Agwu at a random event. He was performing a remix of Oleku which led to impressing everyone in the crowd including Agwu. This led to Tekno garnering interest because of Agwu’s support afterwards.

Tekno released Holiday shortly afterwards which was met with critical acclaim. As time progressed, Tekno started to sign recording contracts with major labels and then he finally released a major hit with Duro. This was not only popular in Nigeria but it also breached other markets like the United States.

Tekno wants to improve as a musician with time

While he is already one of the most popular stars in Nigeria, Tekno always wants to improve. Nigerians know that he is one of the top artists at the moment which is why it’s endearing to know that he wants to keep improving. Artists should always look to become one of the best at their craft.

Tekno is one of the most committed artists in Nigeria which is why he’s such a strong name to listen to. He is only in his late 20s which means that he has room left to grow as an artist. He wants to make a meaningful contribution to Nigerian culture because he knows that the people in the country will help the scene grow better.

While he is also one of the best Afropop artists, Tekno wants to prove that he is not only an exclusive artist in that genre. He also wants to try other genres which is why he learned how to play other instruments such as guitar and piano.

Do not miss out on Tekno’s music

As one of the most popular artists in Nigeria, it is unique that Tekno Miles is such a consistent artist. He is one of the best stars that Nigeria has in their industry and Tekno is a can’t-miss artist for everyone in Nigeria and even outside their borders. His music comes highly recommended because he has proven that he wants to cement his spot in the country’s artistic ranks.