As the issue of unstructured supplementary service data (USSD) remains unresolved between banks and telecoms operators in the country, the latter have threatened to disconnect the service from their networks. 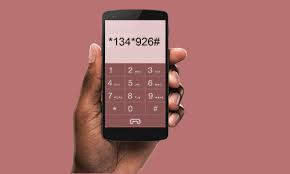 The operators have insisted to either charge for banking services via the USSD which ride on their network infrastructure or put an end to the tussle by disconnecting banking USSD on existing telephone lines in the country.

According to the Nigerian Communications Commission (NCC), USSD is a service that allows mobile phone users to interact with a remote application from their device in real time.

The service has come in handy in bringing banking services closer to the majority of the population, especially the low-income bank customers, through their telephone lines in a cheaper, smarter and less technical manner.

Operators had recently announced plans to start charging mobile users for every session of USSD, aside charges by banks.

Following the reactions that trailed the announcement particularly from banks and the public, federal government authorities had ordered that the operators suspend the move, leaving the matter unresolved.

The Association of Licensed Telecommunications Operators of Nigeria (ALTON), the umbrella body of the telecoms operators, has however, lamented that they are bearing huge cost for the links that allow USSD transactions, which banks are profiting from.

Gbenga Adebayo, the chairman of the association, said at a press conference in Lagos recently that operators are already calculating the cost and would soon pass it to the banks.

He said failure of the banks to pay whatever the amount they arrive at would lead for the operators to disconnection of all the links.

“We cannot continue to bear the costs while banks get the service free and charge customers for it. USSD service comes at a cost to the operators, it is not a sunk cost as they are insinuating; it is a recurring cost.

“This is no longer a matter of ministerial directive, we are calculating the costs and very soon, we will come out with what we have incurred and present it to the banks, if they say they are not going to pay, we will also have to withdraw our services and disconnect the links.

“This means that Nigerians will no longer be able to carry out financial transactions on their phones,” he said.

Adebayo added that the USSD debt, which is now accumulating, would be treated as interconnect debt and the banks would have to pay for it fully or be disconnected.

The ALTON Chairman said the telcos have unanimously agreed on this decision as a last resort as the regulators have failed to address the issues on ground.

According to him, both the Nigerian Communications Commission (NCC) and the Central Bank of Nigeria (CBN) as well as the Minister of Communications and Digital Economy have shunned moves by the telcos to have a negotiation.

The apex bank and the Minister, Pantami, had stopped operators’ initial plan to charge customers directly from their bank accounts in order to recover their cost for customers’ usage of the USSD services.

Operators said that after suspending the plan, they had urged the regulators to convene a meeting for negotiation to resolve the issue.

However, Adebayo said the minister; the NCC and the CBN have been dilly-dallying to take any step since October.

He expressed worry that the telecoms regulator, NCC, whose regulation spells out the USSD charges, which the operators were trying to implement as a standard, has remained silent over the issue.

Checks by business a.m. showed that the latest determination on the USSD pricing was issued by the NCC on July 23rd, this year, wherein the commission pegged the price floor for a 20 seconds USSD service is N1.63k, and the price cap for same at N4.89.

The NCC also indicated in the 13-page document that USSD is not a service to be provided by licensee free of charge, although noting that the pricing is not applicable to “the currently zero rated USSD services such as customer service, balance enquiry, purchase of airtime and data services, etc. related to Telecommunications services.”