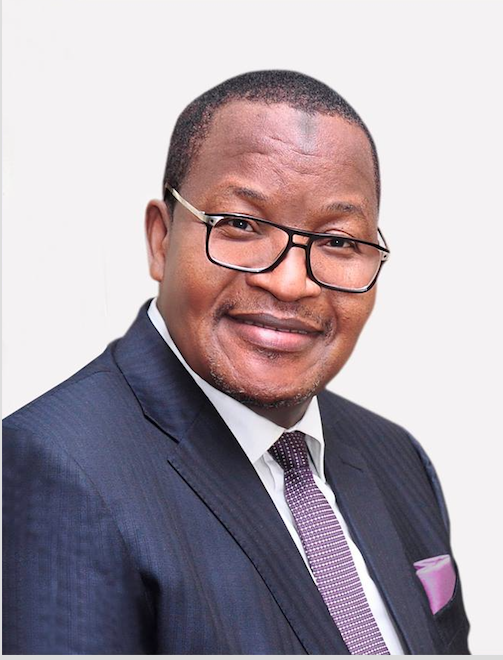 Going by the reports of the National Bureau of statistics (NBS), if many more sectors of the economy can contribute as much as the telecommunications or the information and communication technology (ICT) sector does, the biggest economy in Africa would have attained greater heights, no doubt.

The growth or otherwise of this sector is anchored not only on the regulatory framework put in place by the NCC to set standard for operators and dictate principles that must guide their operations, but also on initiatives created and promoted by the commission to keep the sectors on the growth path and consolidate on its laudable gains.

From last December, 2018’s record of 174.012 million, active voice subscriptions increased to 180.386 million in October 2019, which is the latest available industry record. This represents 3.66 percent growth in 10 months. Similarly, teledensity, which is the number of active telephone connections per 100 inhabitants living within an area rose to 94.50 per cent within the period.

This NCC ascribed this to increased public education and awareness by the Commission’s head office and its zonal offices, as they intensified awareness on the availability and usage of Mobile Number Portability (MNP) across geo-political zones.

Nigerians deserve telecoms services that meet their need and come at affordable rates. This can only be achieved by promoting the availability of reliable, interoperable, rapidly restorable critical ICT infrastructures that are supportive of all required services. Towards this end, the NCC, in the course of the year, reviewed 2G Key Performance Indicators (KPIs) and development and definition of 3G/4G QoS KPIs for collocation service providers as well as Internet Service providers (ISPs).

In addition to this, the telecoms regulator also developed the new National Numbering Plan (NNP). This became necessary in view of recent developments in the global telecommunications industry such as machine to machine (M2M) communications, the Internet of Things (IoT), Over-the-Top (OTT) and other services made possible by fourth-generation networks and the futuristic 5G/6G technologies.

The new NNP, therefore, will help to provide numbers that will satisfy the needs of the projected 500 million Nigerians to be connected and about 1 billion globally-interconnected machines and devices by 2050; promote efficiency in the allocation of this scarce national resource and promote competition among service providers.

Among other promises of the new numbering plan is to eliminate the risk of running short of all categories of numbers, facilitate the introduction and development of new and innovative services and above all, encourage growth of the telecommunications sector and the attendant job creation and contribution to national GDP.

In its quest to raise the bar of service quality, the commission was also seen intensifying collaboration with stakeholders and government agencies at federal and state levels towards resolving critical industry challenges affecting faster deployment of telecoms infrastructure in the country.

Such issues include right of way (RoW) issue, multiple taxation and regulations, vandalism, indiscriminate closure of base stations, fibre cuts, and moves to ensure passage of critical national infrastructure bill at the National Assembly.

Realizing the importance of high speed internet in growing every sector has necessitated the need to make the service more pervasive. This puts the commission in the position to come up with a plan and put structures in place to follow same to the letter.

Luckily, broadband penetration topped the 8-Poing Agenda of the current administration of the commission under the leadership its executive vice chairman and chief executive officer, Umaru Danbatta. Therefore, the NCC has so far licensed six infrastructure companies (InfraCos) to drive the deployment of broadband infrastructure across the nation’s six geo-political zones and Lagos.

This year, it was gathered that increased regulation is being made by the NCC to seek federal government’s approval of the counterpart funding to be disbursed to the InfraCo to facilitate their deployment.

According to Danbatta, the funding will be given to them upon attainment of deployment milestones. The InfraCos which is based on the Open Access Model (OAM) initiative of the commission will ensure there is, at least, one fibre access point for digital services across the 774 local government councils in the country. Increased commitment was given to this by the Commission.

In this regard and with respect to spectrum that will support broadband deployment, the Commission, this year, approved the 5G trial on 3.5 GHz and 26 GHz to MTN; developed guidelines on the use of Television White Space (TVWS) to facilitate broadband penetration to underserved and unserved areas; opened up of 60 GHz band for unlicensed applications and broadband services; approved the use of 18 and 23 GHz Microwave Frequency bands for point to multi point deployments.

Still on regulatory action on broadband penetration, the NCC has licensed some portions of 5.4 GHz bands; replanted the 800 MHz band for LTE; assigned 2×10 MHz Spectrum to Glomobile for trial in the 700 MHz; approved Globacom trial on the 2×10 MHz assigned to it.

This expired in February, 2019 and the company has been offered right of first refusal on the slot. The NCC has also regularized 2×10 MHz Spectrum in the 700 MHz band previously assigned to MTN by National Broadcasting Commission (NBC) for the frequency to be used for the purpose of providing LTE services.

“Another regulatory efforts carried out this year in this regard was the creation of Space Services Unit within the commission to enable us regulate satellite and space services in facilitating broadband penetration; regularisation of the activities of all satellite operators including space station operators as well as earth station operators; and issuance of landing permits to space stations beaming signals over Nigerian territory,” Danbatta has said.

In line with its 8-point agenda, the commission carried out several activities geared towards protection and empowerment of telecom consumers. According to record obtained from the commission, subscribers filed a total of 19,841 complaints from January to October this year out of which the NCC successfully resolved 17,851 to the satisfaction of the telecoms consumers involved. The number of complaints resolved represents approximately 90 percent of the total complaints received through the various channels of lodging complaints.

In addition to this, the NCC created such platforms as consumer townhall meetings, consumer outreach programmes, telecom consumer parliament and trade fairs and exhibitions.

According to the, Danbatta, the commission also leveraged these programmes as channels to educate a total of 35,124 telecom consumers on various issues such as how to avoid data depletion, importance of SIM registration, SIM replacement, need to protect telecom infrastructure, call masking, how to mitigate effects of cybercrimes and so on.

So far in 2019, the industry has witnessed increase in the number of operational Emergency Commission Centres (ECC) to 17 states of the federation, including that of the Federal Capital Territory, FCT, Abuja which makes it 18  in all. Yet in the same year under review, over 24 million registered subscriber records which were duplicated were scrubbed by the Commission via Automated Fingerprint Identification System (AFIS).

That established a credible database of telephone subscribers. There was also regularisation of the activities of all satellite operators including Space station operators as well as earth station operators. Landing permits were also issued to space stations beaming signals over Nigerian territory, all in a bid to increase security monitoring.

The dynamism of the industry led to the restructuring of telecoms Value–Added Service (VAS) market in 2019 for greater growth. The Commission witnessed a recalibration and repositioning of the sector’s (VAS) segment, a move that has helped to sanitised the industry.

The sub-sector’s current value is estimated at $200 million with potential to grow to over $500 million in the next few years.  “In line with the restructure, the NCC, in 2019, has awarded the VAS aggregator licences to 10 companies to provide VAS services.  It is hopeful that the VAS aggregator licence will improve innovation, local content, employment opportunities and increase in income stream to both network operators and content developers,” the commission has said.

The Commission in November, this year, provided the regulatory platforms for telecoms operators to begin trail of 5G in the country. By this experiment, the NCC became the first telecoms regulator to begin the technology revolution journey in the whole of West Africa. Already, MTN Nigeria has conducted trial of 5G in Abuja, Calabar and Lagos under the supervision of the Commission.

The mid-wifing of 5G technology trial in Nigeria this year by the Commission is sequel to workshop it organized in the last quarter of 2018, in collaboration with the Global System for Mobile Communications Association (GSMA) to discuss the prospects and challenges of Next-Generation Networks (NGN) such as the Internet of Things (IoT), 5G, Artificial Intelligence (AI), Big Data, among others, in the nation’s telecoms industry.

Danbatta said the workshop was “to provide an avenue for regulators, operators, investors as well as other stakeholders to examine and constructively exchange ideas on the main demand areas for next generation of services, spectrum licensing reforms and the requirements for 5G and other emerging technologies that are to revolutionise the telecom system and users.”

One of the remarkable developments witnessed on the economy this year was listing of telecoms companies on the Nigeria Stock Exchange (NSE), which was facilitated, partly by the Commission. Both the MTN Nigeria and Airtel Africa listed on the local bourse to the delight of the investing community. Both listings happened, though under different conditions, with the involvement of the Commission.

In the year under review, the telecoms and the general IT sector received support for innovation from the NCC. For instance, the Commission, in May 2019, announced N40 million endowment funds to be utilized by certain institutions for innovation, research and development in digital technology.

The year 2019 was eventful for the Nigeria telecoms sector and the Commission cannot be ignored to have played some roles in the posture posed by the industry. While some of its activities in the year are highlighted here, it is certain that the NCC will always be required to do more as long as the sector has its quota to contribute to the Nigeria’s craved socio-economic development.