•Lose 72,782 voice customers
Fresh 3.5 million subscribers were connected to the Internet in the month of April by the service providers in the country. 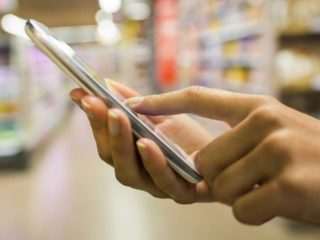 Latest April statistics released by the Nigerian Communications Commission (NCC), showed that from 115.9 million Internet users in March, the figure rose to 119.5 million within one month.
However, the operators, the quartet of MTN, Globacom, Airtel, and 9Mobile lost 72,782 voice subscribers, as the figure dropped from 173.71 million in March to 173.64 million. This development led to a one per cent drop in the country’s teledensity. Nigeria’s teledensity dropped from 91 per cent in March to 90 per cent in April.
Further analysis of the statistics showed that MTN, which on May 16, listed 20.9 billion ordinary shares at N90 with a par value of N0.02 on the Nigerian Stock Exchange (NSE), garnered the largest new Internet subscribers for the period under review. The South African telecommunications got 3.47 million new subscribers. Globacom is second with 191,005 new Internet users; Airtel, which had indicated interest to also list its shares on the NSE, after its London listing later this month, got 94, 472 new subscribers. Unfortunately for 9Mobile, 201,050 of its subscribers left the network in the month under review to other networks.
Broadband users in the country also grew by 927,885 in April. It moved from 63.4 million to 64.3 million. The growth showed 0.48 per cent as it moved from 33.22 per cent to 33.70 per cent within a month.
Meanwhile, the NCC explained that it has re-aligned the computation of the country’s teledensity with the latest population figure of 190 million given by the National Population Commission (NPC), up from the 140 million population of 2006.
Following the re-alignment, which is also in line with the International Telecommunication Union (ITU)’s calculation of teledensity, the Commission, disclosed that based on that new development, telephone density in the country was reviewed from March to reflect the population figure of 190 million against active subscriber base of 173.7 million that subsequently put Nigeria’s teledensity at 91 per cent.
Telephone density or teledensity is the number of telephone connections for every hundred individuals living within an area.