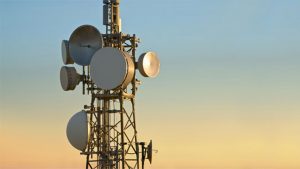 According to them, this has been a demotivating factor for the operators to enthusiastically invest more in the sector.

Despite the growth in infrastructure that has been achieved in the Nigerian telecoms industry, operators believe there is still a lot more to put in place if the dream of the country to digitize every sector and achieve 70% broadband penetration target by 2021, among others, are to be achieved.

Specifically, the Association of Telecommunications Companies of Nigeria (ATCON) emphasized the need for the ninth national assembly being led by Senator Ahmed Lawan to pass the pending Critical National Infrastructure (CNI) bill to give absolute sense of protection to endangered telecoms facilities across the country.

Critical infrastructure is the body of systems, networks and assets that are so essential that their continued operation is required to ensure the security of a given nation, its economy, and the public’s health and/or safety, they said.

According to operators, the CNI bill, when passed into law in Nigeria will recognize telecoms infrastructure as critical to national and economic security of the country as well as its citizens and this will make the destruction or theft of telecom facilities a criminal offence.

Business a.m. learnt that the industry recorded about 33,000 cases of vandalisms and theft of telecoms facilities within a period of 13 months spanning June 2017 to August 2018, according to the Nigerian Communications Commission (NCC).

Also, operators believe that the recent attacks on telecommunications facilities, assumed by angry mob to belong to MTN, in reprisal attacks staged in Nigeria following controversial xenophobic attacks on foreigners in South Africa, the home country of MTN, spoke volume to the insecure state of telecoms infrastructure in the country.

Although, the NCC stated in it’s latest report, 2018 Subscriber/Network Data Report, that the sector has grown in various key performance indices such as subscriber base, internet subscriptions, operators’ revenue among others, incessant vandalization of telecoms infrastructure continues to take tolls on the industry.

The Nigeria’s telecoms umpire reported that as at December 2018, total assets for the mobile operators alone stood at N 1.95 trillion rising significantly by 130% from N847.93 billion reported in December, 2017.

Similarly, the total base stations owned by mobile telecoms operating companies increased to 30,637 in December 2018 from 30,598 stations in December, 2017 across all states of the Federation, representing an increase of 6.02% from the previous year.

Similarly, the total operating cost as at December 2018 for the mobile operators stood at N1.461 trillion. This illustrates a growth of 0.6% from figures reported in 2017 which was N1.452 trillion.

Asked the expectation of operators on the CNI bill, ATCON President, Olusola Teniola, said operators are optimistic and would not give up on the passage of the bill, giving its significance to the preservation of infrastructure in the country.

“With current sections in the Cyber crime Act that relates to CNI, there is a fair chance of enforcement being applied in conjunction with some convictions for those who engage in unlawful acts concerning telecom infrastructure,” he said.

He added that delay in passage of the bill “has created an environment where an increase in vandalisation and destruction of critical national infrastructure has resulted in a drop in Quality of Service (QoS) and increased costs to repair damaged infrastructure is absorbed by our members.”