It was a tepid week of trading across the fixed income market, with the bulls coming out tops to close out the week. Persistent interest at the short end of the market remained a driver of activity in the bonds space as the average yield on benchmark bonds eased, while little to no activity across the Nigerian Treasury Bills and OMO segments saw yields across both markets close flat on the week. 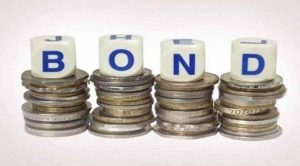 However, this week, fixed-income analysts expect trading in the bonds market to remain tepid, while the Nigerian Treasury Bills and OMO spaces are also likely to trade quietly ahead of the upcoming PMA.

Advancing further into the foreign exchange market, the Naira closed the week flat at N415.66 per dollar at the I&E FX market as the dollar was quoted at N416.33 as against the last close of N416.07, while it continues its upward band trading of N530 to a dollar in the streets. Most participants maintained bids at between N408 and N444 per dollar.

In the OMO bills market, the average yield across the curve closed flat at 5.68 percent as the average yields across short-term and long-term maturities remained unchanged at 5.42 percent and 5.81 percent, respectively.

Elsewhere, the FGN bonds secondary market closed on a mildly negative note on Friday as the average bond yield across the curve cleared higher by one basis point to close at 11.54 percent from 11.53 percent on the previous day. Average yields across short tenor and long tenor of the curve expanded by three basis points and one basis point, respectively.

This implies that taxpayers are expected to comply with the law by including such income in the self-assessment returns and tax computation of companies and paying appropriate taxes. Bonds and short-term securities on which tax is due effective from 2nd January 2022 include: (i) Short term Federal Government of Nigeria Securities, such as Treasury Bills and Promissory Notes; (ii) Bonds Issued by State and Local Governments and their Agencies; (iii) Bonds issued by corporate bodies including supra-nationals; and (iv) Interest earned by holders of the Bond and Securities mentioned in paragraph (i) to (iii) above.