In the absence of any 11th hour miracle, when an assessment of the performance of the Executive arm of government will be carried out on May 29, 2023, using the economy, security and corruption as indices, President Muhammadu Buhari may likely go down as a failed President.

If this happens, the Legislative organ of government should largely be blamed. Firstly, for failing to invoke the doctrine of checks and balances to ensure the President discharges his statutory obligations in line with national interest and aspirations. Secondly, for failing to halt breach of federal character principle by the President.
Thirdly, for failing to interrogate the Executive for sliding economic indices, worsening corruption, rising insecurity, capital flight, mounting loans, multiple tax burden, unemployment, and decaying infrastructure, including poor electricity and education. 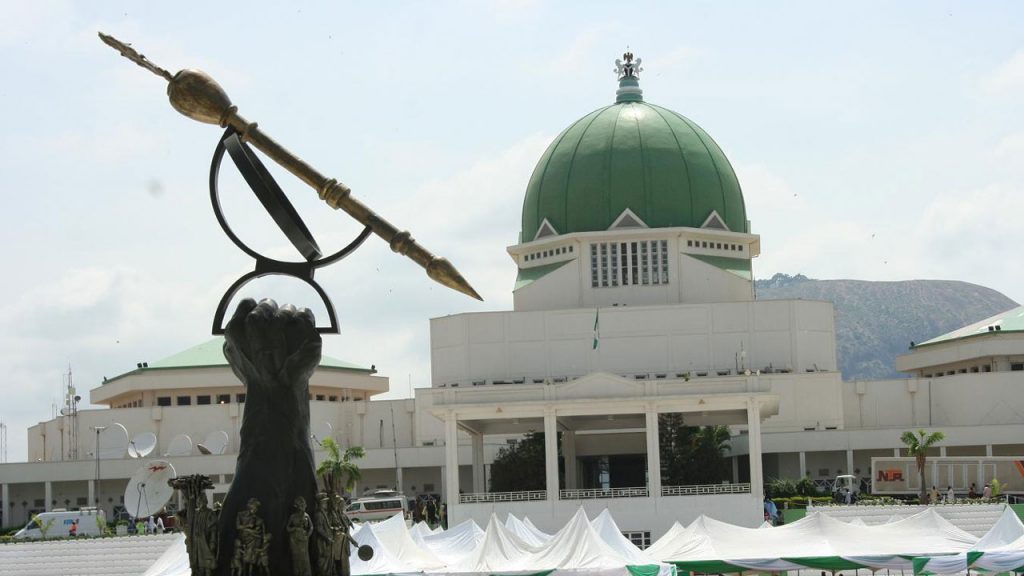 For these flops, the 9th National Assembly is an accessory to the current woes of the country, and cannot be absolved. The Legislature is the second organ of government, free and independent from the control of the Executive, yet, the lawmakers have made it an extension and apron string of the President.

Signs that the 9th National Assembly will be a weakling and lacking a mind of its own emerged when the Senate President, Ahmad Lawan said, “any request that comes from Mr. President is a request that will make Nigeria a better place,” and would therefore expeditiously ensure passage of legislation therefrom.

I am most certain that even the chairman, Presidential Advisory Committee Against Corruption, Itse Sagay, a law professor and senior advocate of Nigeria (SAN), whom Lawan was receiving at the time he made this remark, would have been shocked by the statement.

With this declaration by the Senate President and head of the National Assembly, the Legislature has violated the doctrine of separation of powers and checks and balances as enunciated by French philosopher, Charles Baron Montesquieu, in his book, “The Spirit of Law”. The intention of Montesquieu was the need to separate the three organs of government, namely, the Executive, Legislature and Judiciary, to enable each arm to serve as check on the other to ensure equilibrium.

It is aimed at protecting their respective liberty, and preventing any organ of government from becoming too powerful as to transmute into tyranny and authoritarianism. The doctrine has become a template for good governance and global reference for protection and advancement of egalitarianism. It forms part of the constitution in countries where democracy is practiced.

For undermining this doctrine, Lawan has not only sacrificed the trust of the people on the altar of self-aggrandizement but projected President Buhari as all-knowing and omniscient President who can do no wrong, and whose intellectual capacity is beyond the competence of the Senate and House of Representatives combined.

Besides, the National Assembly (NASS) has encouraged the creation and emergence of an all-powerful President with uninhibited liberty to go off course at will, even on matters of national interest. For example, the federal character principle as contained in the 1999 Constitution is breached with impunity by President Buhari, and despite criticism, has shown no remorse.

Section 14, Sub-section 3 of the 1999 Constitution says that, “The composition of the Government of the Federation or any of its agencies and the conduct of its affairs shall be carried out in such a manner as to reflect the federal character of Nigeria and the need to promote national unity, and also to command national loyalty, thereby ensuring that there shall be no predominance of persons from a few states or from a few ethnic or other sectional groups in that Government or in any of its agencies.”

The Buhari Administration has done exactly the opposite. All key national appointments contravene Section 14, Sub-section 3 as evidently reflected in the dominance of people from the north, particularly, from the Fulani ethnic group. Yet, the Senate sees nothing wrong with this imbalance, as long as it originates from the President. By this, the President has promoted what the constitution intended to avoid – disunity and national disloyalty.

All key and juicy ministries, departments and agencies of government (MDAs), including security agencies, are headed, and firmly in the hands of northerners, just as all three organs of government were headed by northerners up till few weeks ago when Ibrahim Tanko Muhammad resigned as Chief Justice of Nigeria, paving the way for the most senior justice, Olukayode Ariwoola, a southerner, in acting capacity.

It is small wonder, therefore, that Nigeria is currently plagued by disunity, disloyalty and suspicion induced by disenchantment arising from dominance of the Northern region over other sections. This is an aberration for a country that is made up of different ethnic nationalities, which have agreed to come together under a federation of equal partners, anchored on sincerity, equity and justice, particularly in matters pertaining to appointments and distribution of resources.

In advanced democracies, the Senate would have compelled the President to reverse such appointments to reflect federal character or face impeachment. But the National Assembly lacks the courage to reject Buhari’s nominees or even initiate impeachment threats, obviously, for fear of Executive intimidation.

Put differently, despite the dangers posed to the unity of the country by this constitutional contravention, the Senate has seen no reason to veto the President’s nominees despite backlash concerns and fear of disunity and national disloyalty as envisaged by the constitution.

When a country deliberately closes its doors against other sections and ethnic groups just to achieve ethnic dominance, unwittingly, it misses the contributions of intelligent and bright minds from the neglected areas to national development. That the country has been on a downward swing in the last seven years, is the price of nepotism.

Ironically, those who have been favoured by this structural abnormality do not see anything wrong with it, even within the context of the constitution. They keep blind eyes, reminding others that Nigeria’s unity is not negotiable. This is an illusion. Attaining peace in the face of obvious mismanagement of diversities and dishonest policies, is a tall order.

From the demeanour of the NASS, the law makers are overwhelmed by subservient corporatism and loss of liberty. This has eroded its influence and degraded the premium placed on it by the Executive. This is evident during NASS committee meetings where some ministers, including senior officials of the Executive, flagrantly snub summons, particularly during budget review sessions by the Committee on Finance and Appropriation. Yet, these same ministers and senior officials are the first to raise grounds for further amendments after budgets have been transmitted to the President, leading in some cases, to delay in passage of the country’s national budget.

Unfortunately, the Judiciary is also unable to invoke the doctrine of checks and balances, as it appears not to have recovered from the intimidation it suffered in the hands of the Executive when operatives of the Department of State Service (DSS) in 2016 raided the homes of some federal judges, including serving Supreme Court justices.
Perhaps, if the law makers were courageous enough, and the Judiciary lives up to its billings to restrain the President appropriately, the Executive would have shaped up.

Calls for federalism, and the emergence of separatist movements in Nigeria are symptoms of national discontent. When the majority of people are not happy owing to domination of one ethnic group or section over others, coupled with rising insecurity and worsening economy, it implies that the government is inefficient.

An efficient government is one that is able to provide “the greatest happiness of the greatest number of people.” This is a measurement performance tool developed by English philosopher and jurist, Jeremy Bentham, which world researchers and political scientists deploy to assess governments globally.

Since NASS has abdicated its autonomy and authority, who then can challenge the Executive over breaches of federal character principle and other statutory obligations, including economy and security management? If Chief Gani Fawehinmi of blessed memory were alive, no doubt, he would have instituted legal action against an indolent NASS.
The NASS appears not to understand the essence of Montesquieu’s theory. It will do the country good for lawmakers to take basic courses in Political Science during their orientation training at the National Institute for Legislative and Democratic Studies.

As it stands, what legacy will the 9th National Assembly, under the chairmanship of Ahmad Lawal, be leaving as the law makers vacate office in less than a year from now? Certainly, they cannot be divorced from the performance of the Buhari Administration when the score card is evaluated on May 29, 2023.

Mike Owhoko, a journalist, PR practitioner and author of  the book, ‘The Language of Oil & Gas’, holds a doctorate in Political Science. He has worked mostly in  the banking, oil and gas, and media industries and is the publisher of Media Issues, an online newspaper. He can be reached at mikeowhoko@gmail.com