Had a bad experience at Newark Liberty Airport last year? You’re not alone, according to recent rankings, Bloomberg reports.

The New Jersey hub ranked as the worst U.S. airport in the 2019 annual ratings from AirHelp, an organization that specializes in air traveller rights and seeks compensation in cases of delays or cancellations. 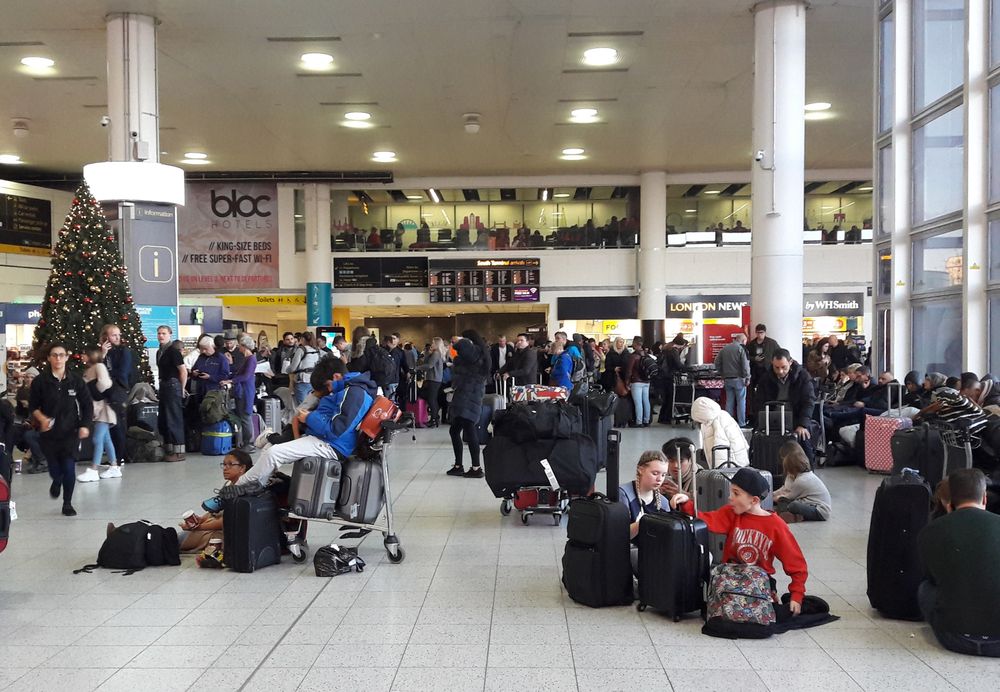 U.S. airports in general didn’t fare particularly well, with the highest-rated Hartsfield-Jackson Atlanta International Airport taking 34th place of 132 around the world. Newark held the lowest U.S. spot, at 116. A major reason is weather-related delays, says HenrikZillmer, AirHelp’s chief executive officer; they are a huge problem for American airports, compared with European ones.

“If you have the slightest amount of snow at JFK, the airport will close,” Zillmer, says, referring to the New York hub that ranked 86th. Beyond that, quality of service in the U.S. has room for improvement, with long security lines a frequent problem.

The airports are rated based on three factors: on-time performance, service quality, and food and shopping options. The first accounts for 60% of the score and the other criteria each make up 20%. AirHelp’s data comes from multiple commercial vendors, along with its own database, plus 40,000 passenger surveys collected in 40 countries during 2018.

Topping AirHelp’s rankings are Doha’s Hamad International Airport, Tokyo Haneda International Airport, and Athens International Airport, which have taken the top spots since the ratings began in 2015. It’s worth considering the overall picture of each airport in looking at the list. For instance, high ratings for Athens puzzled the AirHelp team at first, says Zillmer, until you consider that its sunny weather results in fewer delays, and vacationers are more likely to leave positive reviews.

“It’s a good efficient airport, there are a lot of things I like about it,” says Scott Mayerowitz, executive editorial director at travel website the Points Guy, about Athens International, but noted there’s nothing inspiring about it. The fact that it just works seems to be enough, even without bells and whistles such as a butterfly gardens or ‘rain vortex.’

But when you do have choice, as in the New York City metro area, it can factor in.

“Newark is traditionally one of the worst performing airports in the country and one that travellers avoid because of the delays there,” says Mayerowitz. He also expressed surprise at Billy Bishop Toronto City airport being ranked so low, as opposed to Pearson, noting it’s a favourite of business travellers who love its convenience to the city centre. “I thought it should have been higher.”

Congestion continues to be the biggest problem facing airports: The flight industry is experiencing a rapid increase in global tourism. The Worldwide Tourism Organization estimates that worldwide international tourist arrivals increased 6%, to 1.4 billion in 2018.

“Some airports are expanding quickly, but it’s still a big issue for most, especially during peak hours,” says Zillmer.

Among the 72 airlines for which the company has statistically significant data, AirHelp rated them by on-time performance, service quality, and claim processing, with each category weighed equally.

For the second year in a row, Qatar Airways ranked as the top airline, followed by American Airlines, Aeromexico, SAS Scandinavian Airlines, and Qantas in the top five. At the bottom of the list were Ryanair, Korean Air, Kuwait Airways, and the U.K.’s EasyJet and Thomas Cook Airlines.

Better weather conditions led to fewer flight disruptions in 2018 overall, Zillmer says, with on-time performance improving across the board. This may have contributed to American Airlines securing the second-place spot—a big jump, considering that the airline ranked 23rd last year.

“I was a little surprised to see Korean Air be so far down,” says Mayerowitz, trumping its service. “It’s one of Asia’s best airlines.” He goes on to wonder at American’s jump as well, noting their struggles with on-time performance and customer satisfaction. (American Airlines reps declined to comment on the specific results of this ranking.)

United Airlines Inc. and Delta Air Lines Inc. were also significantly higher in 2018 than in 2017, respectively ranking 16th and 17th, compared to 37th and 47th.

While Aeromexico went from 26th to 3rd place, SAS Scandinavian Airlines jumped to 4th from from 36th, and Air France climbed up 15 spots to 34th.

One area Zillmer in which says many airlines need to improve is claim-processing operations, which tidily wraps into the mission of AirHelp. Instead of canceling a flight as soon as it’s clear that a plane won’t be able to fly, many force passengers to wait in the airport during long flight delays.

“They’re not economically incentivized to put you on a different airline to get you to your destination,” he says, hoping that rankings like this can shed light on how airlines are falling short and motivate them to step up service.

Mayerowitz agrees: “At the end of the day, rankings help push airlines and airports to be better.”

Here are the best and worst airlines of the year, with on-time performance records.

Marriott International to invest $8.5m in African markets as it strengthens presence in Nigeria, others