The United Kingdom is bracing itself for the impact of Brexit this New Year, with the effects not fully understood even heading into the festive period. 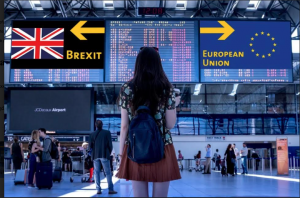 Every type of industry is likely to be hit by Brexit, the name given to the decision to withdraw from the European Union. The United Kingdom joined the EU in 1973, but a referendum in 2016 found 51.89% of the population wanted to leave and strike it alone. It caused a huge sensation in the country, and with such a narrow margin it was the cause for much argument and debate. Gala Bingo notes that you are never far away from a debate about the European Union in the UK, and with such contentious issues on both sides of the argument, opinion is often expressed angrily. Demonstrations have taken place from both sides, but Article 50 was triggered in March 2017 by then-Prime Minister Theresa May, and the long journey towards independence began.

One thriving industry likely to be affected adversely is that of iGaming. Online gaming is worth £2.7bn to the UK economy and it is subject to complex laws and regulations which ensures players remain safe. One positive aspect of the gaming industry in the UK is that it has been self-regulated for some time, with the UK Gambling Commission (UKGC) requiring all online gaming operators to have a license to operate in the country. However, that does not mean the industry will not be hit, with the UK government issuing an eight-point guideline earlier in the year ahead of what was the original withdrawal date of October 31.

In a landmark ruling in 2014, Gibraltar was termed a part of the UK for licensing purposes and it is here the brunt of Brexit may be felt. There are 30 operators in Gibraltar, and they may need to check if their employees require a visa or work permit to continue working there, given that they share a border with Spain. All operators are advised to check their staff still comply with employment regulations, but it is certainly pertinent where a hard border is shared with an EU member country.

Behind the scenes, there may be an impact on data protection too, with the General Data Protection Regulation (GDPR) standards being an EU directive. The UK Government has committed to maintaining those standards and incorporating them into UK law, but how that might look and operate is still unclear. Again, providers may have to make adjustments to policy in order to comply.

Many of the other concerns within the iGaming sector are shared across a range of companies who deal across borders, with accounting changes, copyright laws and auditing all likely to be affected. The problems arise mainly where UK providers have interests in EU countries, but if they also have interests in non-EU countries already then they will likely be prepared for whatever additional support and infrastructure need to be put into place. The referendum in 2016 might have produced a narrow outcome, but it has opened a chasm much wider than the English Channel amongst the British people, business leaders and political parties.

It was branded an economic disaster by Christopher Pissarides, a Nobel prize winning economist, but the financial aspects are not the only worry facing the UK in the New Year. Logistically, the EU withdrawal promises to be a huge hurdle to get over, with physical queues expected on the M20 leading to Dover and widespread confusion across the country.

The iGaming industry certainly is not above those problems, but the advice and guidance do suggest it may not be impacted as severely as some other industries as the UK and the EU uncouple and go their separate ways.