You might be wondering what the correlation between surgery and land title is. Yes, the two appear miles apart. Although I am not a medical doctor, my short story below can help you relate the topic to the message. 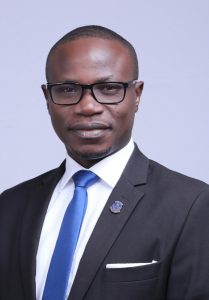 A pregnant woman in her second trimester was discovered to have convulsion (Seizures) due to a brain tumour as reviewed by a Neurosurgeon when her family took her for treatment. The Neurosurgeon noted that though her brain tumour had existed largely unnoticed before her pregnancy, complications were now more visible as a result of the pregnancy. The Neurosurgeon’s verdict was that she needed to do a surgery to cure the convulsion, which means the woman will have to undergo a brain surgery. The family, in their wisdom, felt since the pregnancy was the issue now complicating the convulsion, the surgery should be handled by the family Obstetrician to deliver the baby hoping the problem would be solved and the pregnant woman restored to how she felt before pregnancy.

The obstetrician observed the pregnancy was causing complications too and quickly performed the Caesarean section to deliver the baby. However, the convulsion persisted. Although she appeared a little normal, the Neurosurgeon on examination of the woman after the Caesarean section, pointed out to the family that the surgery by the Obstetrician could have been delayed till after the neurosurgery, which could have resulted in a better outcome in solving the convulsion and salvaging the pregnancy, if he had been carried along. The cost would also have been minimal since it would have been single admission process and in the same hospital. He also noted that both him (the neurosurgeon) and the obstetrician, could have worked together on the process to ensure holistic treatment for the patient. In other words, the cart has been put before the horse and the woman had to go through another surgery to be treated for the main problem, the convulsion from the brain tumour.

While the story above may be a fiction, it is very close to reality in the way a lot of people and organisations handle their land title or other real estate matters, which will cost more in the long run as they jump from one class of professionals to another in order to avoid payment of professional charges, in most cases.

Now, relating this to land title registration in real estate transactions. The pregnant woman represents the land to be transferred in a transaction but with low or insufficient unexhausted residue of interest being the complication with the land title. The pregnancy to be delivered is the transfer of title from the Assignor to the Assignee. This can be regardless of whether the Assignor has insufficient unexhausted interest in the land. This may be 9 or 6 years. It can still be transferred at whatever value it can command then. [Get a Valuation Report from a Valuer/Appraiser].

A typical case is the handling of land title registration where a client has been advised by an Estate Surveyor and Valuer (“the neurosurgeon”) to do a Surrender and Renewal at the point of title registration, on a leased land which the client wants to acquire for a 50 years business operation or development (which represents the pregnant woman). Unfortunately, the client may take it to a lawyer, to handle the registration process. The lawyer goes ahead to process and complete the transfer of the existing unexpired term only with consideration for the need to solve the longer-term problem of insufficient unexpired term for the project the client (Assignee) wants to do on the land. This is not to say that it was not the brief the lawyer might have be given. However, bringing together of the professionals, the Estate Surveyor and Valuer (Chartered Surveyor) from the economic and value point of view as well as the legal point of view, would yield better result and create more value for the client.

It should be noted that both professionals have access to the Lands Registry in any country, just like any other individual. The difference is what value can they add to the process in what is really needed by the client. Another advantage for engaging the Estate Surveyor (As General Practice Chartered Surveyors are referred to in Nigeria) is the fact that this are the key professionals manning the operations of the Lands Bureau and related government agencies. These professionals are equally schooled in Land Law and Administration with specialised competence in Land Administration as public sector officers, just as they have colleagues practicing in the private sector as well.

A Surrender and Renewal in a value proposition is a process to elongate the unexpired term on the land from the land title registration authority by voluntarily giving up a shorter unexpired lease term to negotiate for a longer lease term for a client. However, this advisory service is mainly provided by Estate Surveyor & Valuer. This is usually necessary when the unexpired term or residue of the interest to be transferred by a Lessor or Assignor is less than 10 years and a longer leasehold term is required. This can be renewed up to 99 years lease, as applicable in some climes such as Nigeria.

It is instructive that if the unexpired residue of the interest is sufficient, a Surrender and Renewal may not be necessary, in which case the land reverts to the land tenure authority. However, owing to the fact that there are unexhausted improvements on the land, the Lessor or whoever is buying the unexhausted interest or the residue, can surrender the residue of interest for a longer-term interest.

Currently, properties in some neighbourhoods in Lagos State, Nigeria, particularly industrial areas, have unexpired tenure which may require a Surrender and Renewal or an Extension of tenure. The expected rule is that the renewal for a land lease from the Lagos State Government (or any other state of the Nigerian Federation) by the rights granted the State Governor under Section 5(1) the Land Use Act 1978, is to grant a renewal or an extension to the extent of the leasehold interest in the root of title. However, some State Governors have limited this leasehold interest period for industrial land to 60 years or less by Administrative Order. This may also be a way of protecting the local industry. This is very important because the interest being transferred in any sales transaction is the unexpired term or unexhausted residue of the interest of an Assignor.

So, next time you need to do “land title surgery”, oh registration in Nigeria, or you’re a purchase an interest in land, get advice from an Estate Surveyor and Valuer on your title. It is not just a simple transfer of title; the unexpired term is vital among other things.